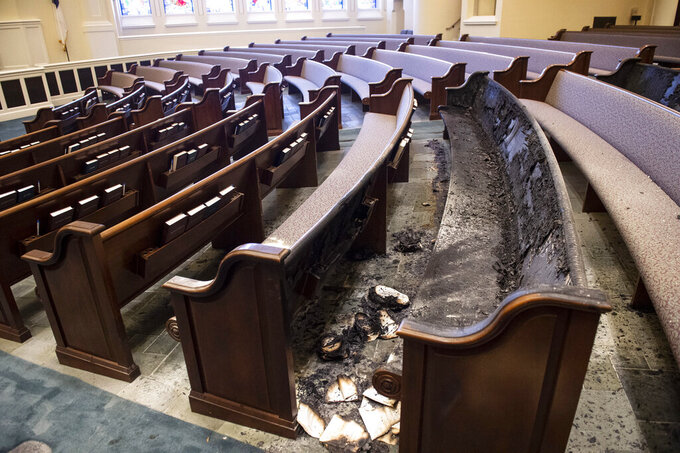 MONTGOMERY, Ala. (AP) — A woman was arrested on a charge of starting a fire that did $25,000 worth of damage to the First Baptist Church of Montgomery, court records showed Monday.

Xiaoquin Yan, 27, was charged with second-degree arson and jailed with bond set at $30,000. Court records didn't show whether the woman, who has addresses in both Montgomery and Auburn, had an attorney who could speak on her behalf.

Yan fit the description of a person shown on video starting the fires, according to a sworn statement by an investigator. It did not state whether additional evidence played a role in the arrest.

Someone set fires in multiple locations in the church last Friday, a report said. The building suffered smoke damage throughout, and flames damaged a pew, carpet and the church office area.

Court documents did not provide any possible motive, and fire officials didn't immediately return an email seeking comment. Gov. Kay Ivey is among the members of the church.

No one was inside the church building, which is more than 100 years old, and no injuries were reported. The congregation held worship in a parking garage on Sunday because of the damage.