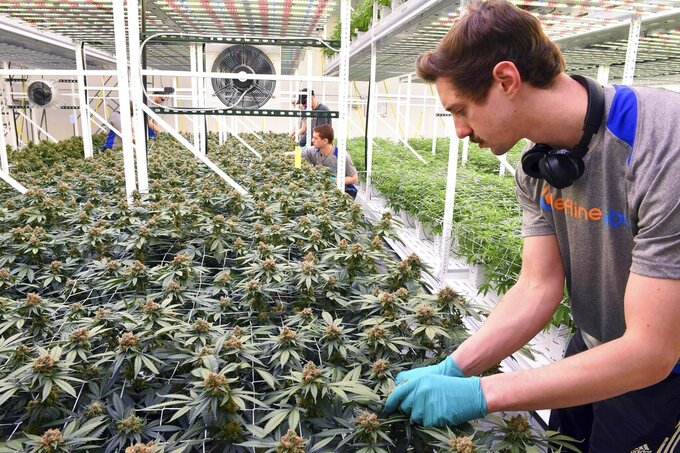 The state's highest court issued a pair of rulings that overturned earlier decisions by the state Workers Compensation Court of Appeals' that ordered employers to pay for medical marijuana to treat work-related injuries.

The Supreme Court ruled that federal law, which prohibits the prescribing and possession of marijuana regardless of state laws authorizing it, blocks employers from being required to pay for medical cannabis.

Writing for the majority, Associate Justice G. Barry Anderson wrote that the proper remedy would be for Congress to pass and the president to sign legislation to resolve the conflicts between state and federal laws.

The court noted that Congress has prohibited the Department of Justice from interfering with state medical marijuana laws, and that the federal government’s position on criminal prosecution of marijuana offenses has been in “a state of flux.” But it said possession remains illegal under federal law, so mandating that employers pay for medical cannabis makes them criminally liable for aiding and abetting possession.

In a pair of dissents, Associate Justice Margaret Chutich wrote that the effect of the decisions is to prevent “injured workers who suffer intractable pain from receiving the relief that medical cannabis can bring.” She said that frustrates the Legislature's goal with workers' compensation of quickly and efficiently delivering medical benefits to injured workers at a reasonable cost to employers.

The cases involved a Mendota Heights dental hygienist who suffered an on-the-job neck injury and an employee at a Prior Lake outdoor equipment dealer who suffered an ankle injury when an ATV rolled over it. Both workers were certified by their doctors to use medical marijuana after other treatments to control their pain, including opioids, proved inadequate.

Minnesota has allowed medical cannabis since 2015 but has some of the country's most restrictive rules. The state currently allows only oral, vapor and topical forms, and health insurance companies don't cover it. That has kept costs high for patients.

That's about to change, however. The Legislature earlier this year relaxed the law to allow for allow smokable medical marijuana starting next spring. The change is expected to slash costs and to triple or quadruple the number of patients using it.

The Democratic-controlled Minnesota House voted to legalize recreational marijuana earlier this year, but the proposal got no traction in the GOP-controlled Senate. The issue is expected to come up again in the 2022 session and campaign season.