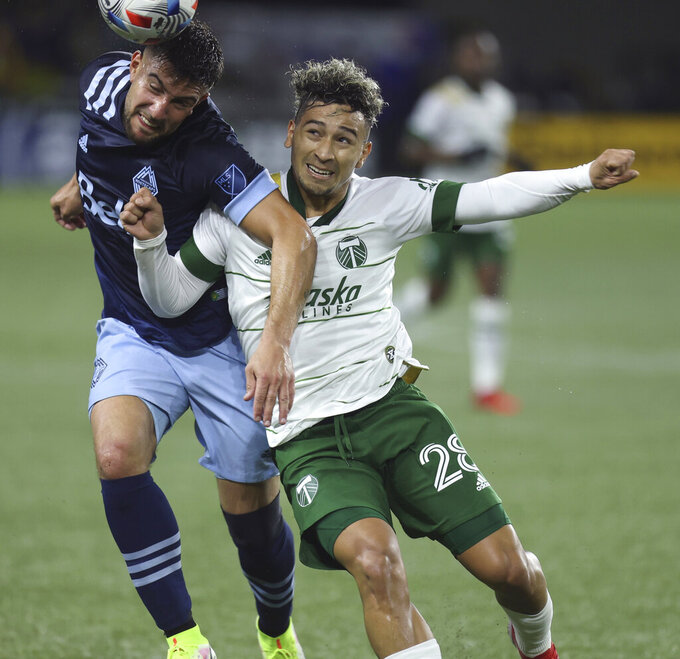 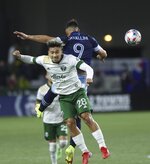 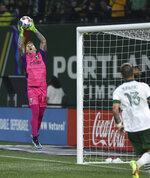 PORTLAND, Ore. (AP) — Cristian Dajome converted on a penalty kick in the 82nd minute and the Vancouver Whitecaps came from behind to beat the Portland Timbers 3-2 on Wednesday night.

Down 2-0 at halftime, Vancouver (11-9-10) got second-half goals from Deiber Caicedo and Brian White before Dajome's penalty.

Yimmi Chara put the Timbers in front early with a left-footed goal in the 15th minute. Portland (14-12-4) doubled the lead before halftime when Dairon Asprilla's shot got past Whitecaps goalkeeper Maxime Crepeau in the 42nd minute.

Caicedo scored in the 63rd minute to narrow the gap before Brian White's header off a cross tied the game at 2 in the 74th minute. It was White's team-leading 11th goal this season.

Josecarlos Van Rankin fouled Cristian Dajome in the box in the 81st minute, and Dajome's penalty gave the Whitecaps the lead.

The Whitecaps, who downed Sporting Kansas City 2-1 at home on Sunday, moved into seventh place in the Western Conference with the win.

The Timbers remained in fourth place in the conference. Portland was coming off a loss to the LA Galaxy on Saturday that snapped an eight-game unbeaten streak.

The Timbers have scored in 20 straight games.

It was Portland's final Cascadia Cup match of the season. The three-way competition with the Whitecaps and the Seattle Sounders included only games this season that had fans in attendance. Supporters created the Cascadia Cup, which is decided on points, in 2004.