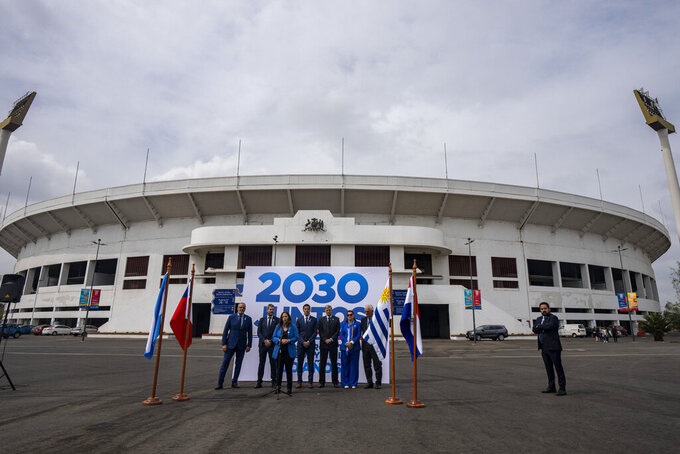 SANTIAGO, Chile (AP) — Argentina, Chile, Paraguay and Uruguay confirmed a joint bid to host the 2030 World Cup when their government officials signed documents in Santiago on Friday to present to FIFA.

“This is the first legal step we need to take to bid at FIFA,” said Pablo Milad, president of the Chilean Football Association.

The four nations want to celebrate the centennial of the World Cup where it began. Uruguay hosted the first tournament in 1930 with 13 teams. Uruguay also won the first title after beating Argentina 4-2 in the final.

“We have a deficit in infrastructure in South America in comparison with Europe,” Milad said. “But that will not be a hurdle for us to work from now to improve.”

Chile sports minister Alejandra Benado said representatives of the four nations will meet in Argentina within 90 days to choose a permanent directors board for the joint bid.

The United States, Mexico and Canada will hold the 2026 World Cup.