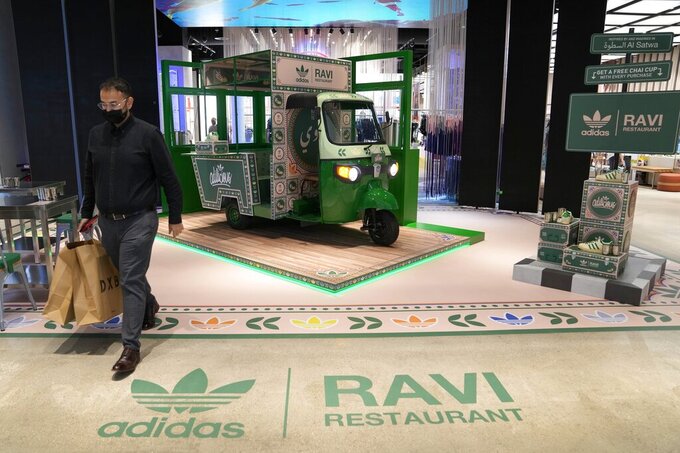 Ravi restaurant, a small, family-owned Pakistani place, is rooted in the community of South Asian workers who helped build Dubai. Yet over the decades, it has become a staple of the food culture in a city that usually gravitates to everything glitzy and over-the-top.

The restaurant opened its doors in the United Arab Emirates in 1978 in the Dubai neighborhood of Satwa, at a time when it was a sandy area full of big lorries and small construction shops. The emirate was mostly a desert land in the 1970s with a meager, low-built skyline overlooking the Gulf.

Its founder, Chaudary Abdul Hameed, wanted to “find a way to serve better food to the working class,” said his son Waseem Abdul Hameed, who is also the restaurant’s operations manager. That meant keeping prices affordable, with meals costing an average of $7.

Over the years as Dubai boomed, it became a hit among Emiratis and the Western and Asian expats who flooded the emirate.

Famed food critic Anthony Bourdain helped put Ravi on the map when he visited it for one of his TV series in 2010. A few years later, rapper Snoop Dogg dropped in as well, and Ravi was elevated to a must-see attraction.

Besides its portions, prices and flavors, it’s ironically Ravi’s lack of pretentiousness that gives it cache.

Customers wearing everything from business suits to traditional saris or sneakers crowd the restaurant for big meals or late-night snacks. It’s common to see lines of people at the door, or people taking their food and eating it at the curb.

Inside, customers sit at tables with plastic covers underneath flickering neon lights. Chatter downs out the sound of ceiling fans. Chicken biryani, chicken tikka, daal and naan are slung out of the kitchen over the service counter, and as waiters rush the plates to the table, the smell of curry and grilled meat wafts through the air.

Last week, the low-key eatery was scene to a very Dubai-style splash: A gathering of social media influencers to promote the launch of shoemaker Adidas’ brand collaboration with Ravi.

Adidas produced a specially designed limited-edition Superstar Ravi sneaker — green and white, emblazoned with the restaurant’s name and the year it opened, and a list of the six most famous dishes from its menu on the inside of the shoe’s tongue.

Both Ravi and Adidas declined to disclose the terms of the deal to The Associated Press, or to answer questions about whether the restaurant will be making any money from the sale of the shoes.

Waseem Abdul Hameed said it reflects how the restaurant is part of Dubai’s cultural fabric. “You have to go to Ravi restaurant for a meal, so that’s why they chose us.”

It’s a stark contrast with other recent lines released by Adidas, like one with Gucci that includes sneakers selling for $899 in Dubai and other cities. But the collaboration speaks to how brands like Adidas are looking for new ways to connect to consumers searching for uniqueness.

On a recent hot summer day after the shoe launch, customers lined up outside Ravi.

“It’s authentic, that’s what it is, that’s why I like it,” said 32-year-old Dubai resident Dana, who’s been coming to Ravi for years with her friends.