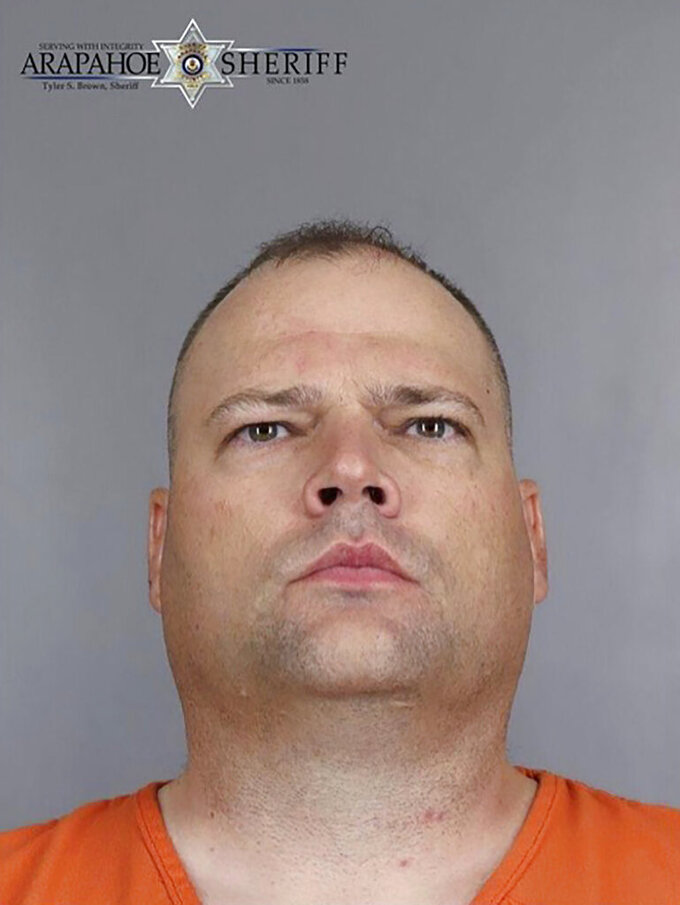 Uncredited, ASSOCIATED PRESS
CORRECTS TO ARRESTED, INSTEAD OF CHARGED This undated photo provided by the Aurora Police Department shows Colorado police officer John Haubert who was arrested after he allegedly beat a man with his pistol, choked him and threatened to kill him while attempting an arrest on Friday, July 23, 2021. Haubert faces charges of attempted first-degree assault, second-degree assault and felony menacing for the violent arrest, The Denver Post reported. (Aurora Police Department via AP)

Aurora Officer John Haubert was arrested Monday on suspicion of attempted first-degree assault, second-degree assault and felony menacing charges following a criminal investigation into the arrest last week of Kyle Vinson, who is biracial and identifies as Black.

Despite the resignation, police will press forward with a separate internal affairs investigation on whether Haubert violated department policies, which must be completed before an officer is disciplined, police Lt. Chris Amsler said in statement. The results, including what discipline Haubert would have faced, will be made public, he said.

The confrontation occurred after Haubert and another officer responded to a trespassing report Friday. They found Vinson had an outstanding warrant for a probation violation.

Haubert is accused of grabbing the back of the Vinson’s neck, pressing a gun against his head, then striking his head with the pistol at least seven times while ordering him to lie on his stomach, according to a court document.

“You’re killing me,” Vinson cried as Haubert held him down and struck him, according to the video released Tuesday.

Vinson did not suffer serious injury but was taken to a hospital for welts and a cut on his head that required six stitches, police said.

The other officer is accused of not trying to stop Haubert, court documents say.

Haubert’s lawyer has vowed to zealously defend him but did not respond to a telephone call seeking comment Thursday.

Aurora police have been plagued by allegations of misconduct in recent years, including in the 2019 death of Elijah McClain, a 23-year-old Black man who was stopped as he walked home and put into a neckhold. His death and other confrontations with people of color have stirred community anger amid a national reckoning over racial injustice and police brutality.