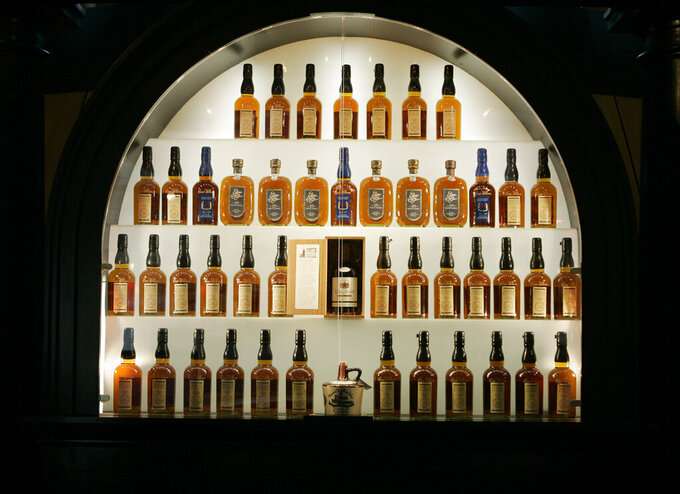 Heaven Hill, one of the world's largest bourbon producers, announced a tentative contract deal Friday with a union representing striking workers, just days after signaling it intended to start hiring permanent replacement employees for bottling and warehouse operations in Kentucky.

About 420 members of United Food and Commercial Workers Local 23D went on strike about six weeks ago, forming picket lines at Heaven Hill’s operations in Bardstown after rejecting a previous contract proposal. The workers will vote Saturday on the latest five-year contract offer.

The dispute revolved around health care and worker scheduling issues. Wrangling over scheduling was a sign of the bourbon industry’s growing pains as it tries to keep up with global demand.

“With the strong support of the Bardstown community, these hardworking men and women have been standing together for more than a month to protect these good Kentucky jobs that their families have counted on for generations,” Aubrey said in a statement. "Heaven Hill workers will make their voices heard tomorrow when they vote on this tentative agreement.”

On Monday, Heaven Hill announced the contract talks had reached an impasse. The company said it would begin the process of hiring permanent replacement workers. Union leaders responded that they were willing to continue negotiations and accused the company of wanting to replace the striking employees with non-union workers.

But the public acrimony did not permanently derail the negotiations. The two sides resumed bargaining Thursday, resulting in the tentative agreement announced a day later.

Workers often spend long careers at Kentucky bourbon distilleries, and the jobs often attract multiple generations of families. Disputes flare up occasionally, and other strikes occurred in recent years at Jim Beam and Four Roses — other iconic names in the bourbon sector.

The bourbon industry has been on a long upward trajectory.

Combined U.S. sales for bourbon, Tennessee whiskey and rye whiskey rose 8.2%, or $327 million, to $4.3 billion in 2020, despite plunging sales from bars and restaurants because of the COVID-19 pandemic, the Distilled Spirits Council of the United States reported early this year.

Kentucky distilleries produce 95% of the world’s bourbon supply, according to the Kentucky Distillers’ Association.