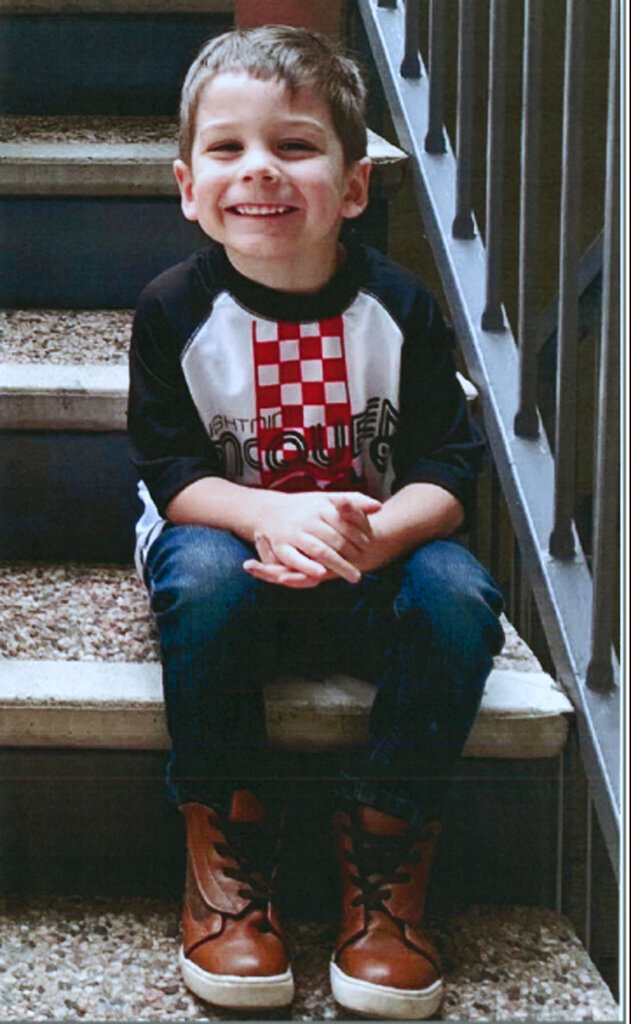 ABINGTON, Mass. (AP) — The search for a young boy missing for a month in New Hampshire shifted to Massachusetts on Friday.

New Hampshire Attorney General John Formella said in a statement that investigators are searching an area in the town of Abington, about 20 miles south of Boston, in connection with the disappearance of Elijah Lewis.

Thirty to 40 law enforcement officials, including K-9 and other specialized units, are assisting in the search in a heavily wooded part of Ames Nowell State Park, Massachusetts officials said late Friday. A second area was also being searched in nearby Randolph, investigators said.

Massachusetts and New Hampshire state police, Merrimack police and the Plymouth County District Attorney’s Office are involved in the search, which authorities said is based on information learned in the investigation.

The 5-year-old was last seen at his home in Merrimack, New Hampshire, sometime within the last 30 days, but was never reported missing prior to state child welfare officials notifying authorities. Previously, state troopers and the attorney general’s office said Elijah had not been seen in 6 months, but now have shortened that timeline.

Searches in the area around his home by helicopter and a nearby lake by boat turned up nothing.

Lewis' mother and a man were arrested last weekend in New York and pleaded not guilty on Wednesday to witness tampering and child endangerment charges related to the case.

Danielle Dauphinais, 35, and Joseph Stapf, 30, will remain in custody and plan to meet with their lawyers to discuss bail hearings.

Outside the Hillsborough County courthouse on Wednesday, Dauphinais’ two brothers made a public plea to her to “come forward” and “say something” to investigators about her son’s location.

The New Hampshire Division for Children Youth and Families notified police on Oct. 14 that Elijah was missing. The agency’s involvement with the boy is unclear.

New York City transit officers located and arrested Dauphinais and Stapf on Sunday in the Bronx.

The witness tampering charges allege that they each asked other people to lie about Elijah and where he was living, knowing that child protection service workers were searching for him.

The endangerment charges allege that they violated a duty of care, protection or support for Elijah. Court affidavits supporting the charges were sealed.