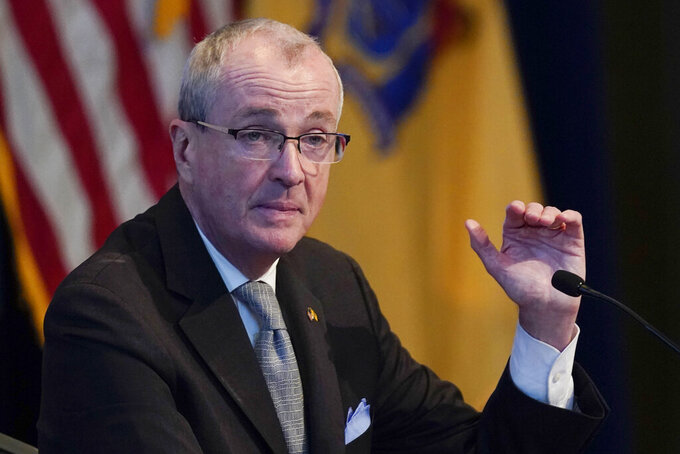 The administration hired regional law firm Montgomery McCracken Walker & Rhoads — which has offices in the state as well as Delaware, Pennsylvania and New York — along with management consulting firm Boston Consulting Group to conduct the review, Murphy said in a statement Monday.

The review is expected to end with a report in late 2023, the governor said.

“The COVID-19 pandemic was one of the biggest challenges our State — and nation — has ever faced,” Murphy said. “Throughout the pandemic, my responsibility as Governor demanded that I make every decision based on the available data, facts, and science in order to preserve the health and safety of all 9.3 million residents, regardless of the politics.”

New Jersey was among the first states hit by the virus, announcing its first positive case in early March 2020. New Jersey dropped its indoor mask mandate for vaccinated people in May 2021. In June, the governor said the state had reached a goal of vaccinating 4.7 million people within six months. By December, Murphy was advising residents to “use common sense” in response to questions about reinstating the mandate.

Murphy had long promised the review but did not reveal any details about it until Monday. The Democrat-led Legislature did not take up Republican requests for a tough review of the administration's handling of the pandemic. Nursing and veterans homes in the state were particularly hard hit, with Republicans clamoring to hold the administration accountable.

A group of Democratic lawmakers, including state senators who chair relevant committees, said Monday they welcomed the review.

“We can’t shy away from any hard lessons that will help gain a full understanding of the successes and shortcomings in managing what was an unprecedented public health crisis,” Senators Joe Vitale, Joe Cryan, Vin Gopal and Joseoph Lagana said in an emailed statement.

They also said they want to continue to pursue reform at state-run veterans homes, including by creating a Cabinet-level department to oversee their management.

Republicans, who've criticized Murphy's handling of the pandemic and who are in the minority in the Legislature, said they wanted to be part of the oversight process.

It's unclear how much the report will cost taxpayers.

Leading the review for the law firm will be Paul Zoubek, a former official in the office of the state attorney general under Republican Governors Christie Todd Whitman and Donald DiFrancesco, according to the governor.

New York Democratic Gov. Kathy Hochul ordered a third-party review of her state's handling of the outbreak in July. The results of that review are also not expected until late 2023.