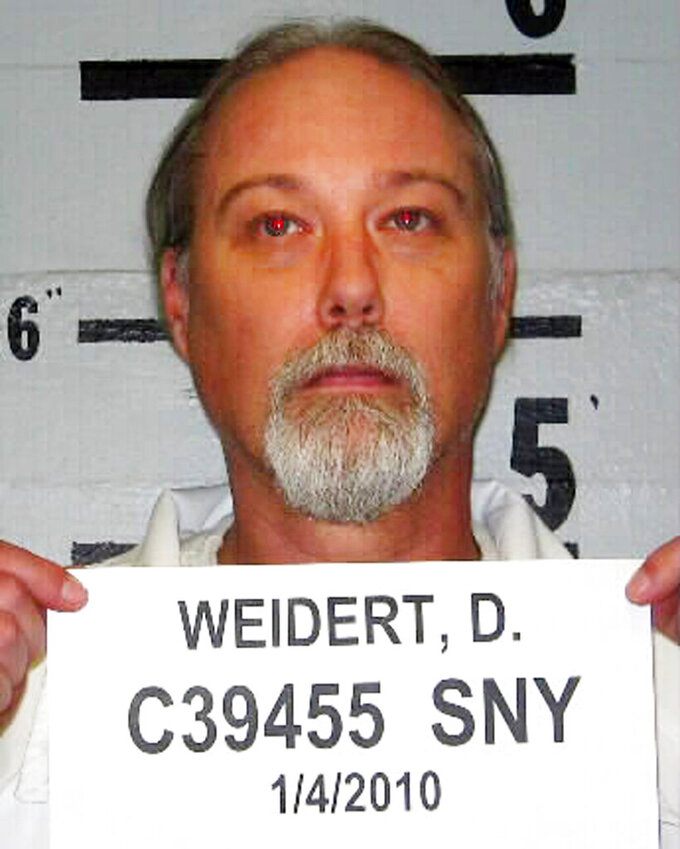 Uncredited, ASSOCIATED PRESS
FILE - This Jan. 4, 2010 file photo provided by the California Department of Corrections and Rehabilitation shows convicted murderer David Weidert. Officials said Monday, Aug. 9, 2021, that Gov. Gavin Newsom has allowed the release of Weidert, who served four decades in prison for the murder of a developmentally disabled California man who was buried alive. (California Department of Corrections and Rehabilitation via AP, File) 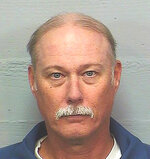 SACRAMENTO, Calif. (AP) — Gov. Gavin Newsom has allowed the release of a killer who served four decades in prison for the murder of a developmentally disabled California man who was buried alive, officials said Monday.

Weidert received a life sentence for killing 20-year-old Fresno-area resident Michael Morganti in 1980 to cover up a $500 burglary.

Newsom blocked Weidert's parole last year, saying then that he "currently poses an unreasonable danger to society if released from prison at this time.” Then-Gov. Jerry Brown similarly reversed release recommendations for Weidert in 2016 and 2018.

Newsom this year accepted the finding of the Board of Parole Hearings, “which determined that he does not pose a current unreasonable risk to public safety,” his office said Monday without elaborating.

Morganti's sister, Vikki Van Duyne, said she was stunned and distraught after attending 11 parole hearings over the years to oppose Weidert’s release.

“I didn’t think the governor would think that things had changed in 13 months from the time when he said no last time, because I didn’t see anything change,” she said of Newsom's decision.

Van Duyne thinks Weidert is still dangerous and said she will work to change the legal standard for paroles.

“You do really bad things, we need to have a way to protect society and keep people in," Van Duyne said.

Parole commissioners balanced Weidert's youthful immaturity and lack of criminal record at the time and decades of good behavior in prison against what they called “an incredibly gruesome, violent, horrific murder” in deciding he is no longer a risk, according to a hearing transcript.

Newsom, a Democrat, faces a recall election on September 14, and some of his Republican opponents have criticized his emphasis on prisoner rehabilitation amid a 31% increase in homicides in California last year during the coronavirus pandemic.

One of them, businessman John Cox, said the decision “sickens me" and that Weidert“should never see the light of day again.”

Republican Assemblyman Jim Patterson, who has lobbied against Weidert’s release for years, accused Newsom of siding with criminals: “The man who tortured and murdered a mentally disabled young man goes free while his family is forced to relive the horror.”

Morganti had served as a look-out as Weidert committed the burglary.

Weidert, who was 17 at the time, killed Morganti after he spoke to law enforcement, prosecutors said previously.

Weidert and a 16-year-old accomplice then lured Morganti into a car and took him to an isolated place and forced him to dig his own grave. They beat him with a baseball bat and a shovel, stabbed him with a knife and choked him with a telephone wire.

Morganti eventually suffocated after he was buried alive.

Weidert was a youthful offender who has “an impeccable prison record” and four psychological assessments saying he would be of little risk if released, said his attorney, Charles Carbone.

“Mr. Weidert understands the gravity of his crime and the permanent seriousness of the consequences to the victim and the victim’s family. He’s somebody who has always emphasized his remorse and his acceptance of responsibility,” Carbone said.

He added: “This is about promoting public safety, and Mr. Weidert has earned his way out by pursuing a very long and arduous path of rehabilitation.”