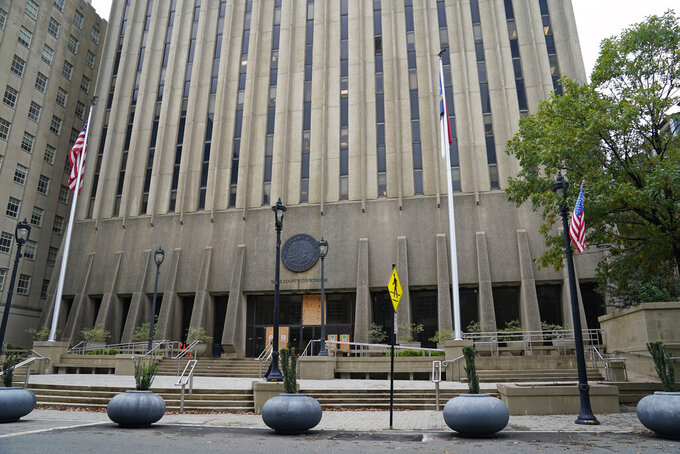 RALEIGH, N.C. (AP) — North Carolina Democrats, accused by the Green Party of meddling in its petitioning process to qualify candidates for the November ballot, have asked a state court to overturn a unanimous elections board vote granting the Green Party official recognition despite allegations of fraud.

The lawsuit, filed Wednesday in Wake County Superior Court, precedes the first hearing next Monday in a Green Party lawsuit against the North Carolina State Board of Elections, when the newly certified party will fight for an extension to a statutory deadline preventing its candidates from appearing on the ballot.

While the elections board investigated inconsistencies in the Green Party’s signature sheets, initially rejecting its petition at a June 30 meeting before reversing the decision Monday, the party missed the July 1 candidate filing deadline set in state law.

With an Aug. 12 ballot printing deadline looming, the Green Party needs a favorable outcome in federal court next week for its U.S. Senate candidate to appear alongside Democrats, Republicans and Libertarians this fall.

But the Democrats’ lawsuit — asking a state court to prohibit the board from recognizing the Green Party “unless and until it has completed its investigation” — could cause enough delay to block the party’s arduous ballot bid.

The North Carolina Democratic Party argues the board’s decision to approve the Green Party petition amid an ongoing investigation into some signature gatherers could elevate candidates “backed by an invalidly recognized political party,” which would “directly harm” Democrats’ electoral prospects and their right to compete in fair elections.

Democrats have drawn widespread criticism for pressuring signers to retract their names from the petition, warning Green Party certification could divide progressive voters and hand the GOP victories in tight races.

“North Carolina is, of course, a purple state, a battleground state, and one of the very few potential pickups that the Democrats could have in the country,” he said, noting the Senate remains deadlocked at 50-50. “’The logic here is the Green Party tends take votes away from the Democratic Party, and a race that’s as close as this one is likely to be, that could be the difference maker.”

Attorneys for the Green Party and state elections board filed a joint report in federal court Wednesday after the Democrats announced their intent to sue. The Green Party has requested the federal court retain jurisdiction over its ballot prospects, arguing in the court filing that a state court order in the Democratic Party lawsuit could quash any relief granted at next Monday's hearing.

The elections board disagrees, maintaining that a federal court should not have jurisdiction over a “purely state law claim.”

Democratic North Carolina Gov. Roy Cooper reaffirmed his trust in the elections board Tuesday, saying its investigation has drawn his attention to the “cumbersome” signature collection process for new parties seeking ballot access.

“I’m concerned about the allegations of fraud,” Cooper told The Associated Press. “We obviously need to trust the State Board of Elections to make the decisions, to have the facts."

The governor proposed the General Assembly consider examining how the barriers of entry for third-party candidates might lead to fraud when lawmakers return from recess.

Schoenbaum is a corps member for the Associated Press/Report for America Statehouse News Initiative. Report for America is a nonprofit national service program that places journalists in local newsrooms to report on undercovered issues. Follow her on Twitter at twitter.com/H_Schoenbaum.