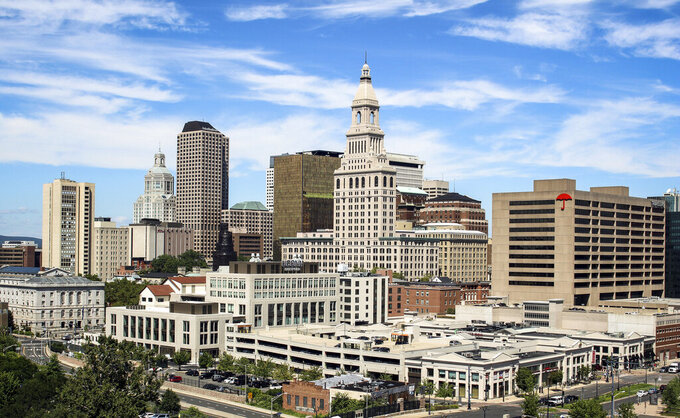 Employee overtime and personnel costs topped the list of COVID-related expenses that cities and towns paid for using a key source of federal pandemic relief funds, according to interim data submitted to the Connecticut Office of Policy and Management.

Connecticut cities and towns were reimbursed for their expenses under the Municipal Coronavirus Relief Fund, which was created by OPM and funded with federal money from the CARES Act. Municipalities have also been eligible for additional funding through other federal and state programs.

A final report from cities and towns on their Municipal Relief Fund spending is due by January.

On Thursday, Senate Minority Leader Kevin Kelly, R-Stratford, joined by a group of activists, reiterated the GOP's call for greater transparency in how the pandemic relief funds are being spent and demanded that a bipartisan public hearing be held to “shine a light on this process.” The group pointed to the recent arrest of a former West Haven official and state legislator and his business partner who've been accused of misusing more than $600,000 in federal COVID-19 relief funds.

“We believe people have a right to know how their money is being spent and must have guarantees that their tax dollars are making it to where it is intended to go,” Kelly said.

Cynthia Jennings, a civil rights attorney and a former member of the Hartford City Council, said she and other Black Democrats are supporting Kelly's call for hearings after the West Haven arrests. She said both parties have “a common interest in assuring that every Connecticut community, including black and brown communities, receives their fair share of COVID-19 moneys.”

Melissa McCaw, secretary of the Office of Policy and Management, has said one of her agency's main pandemic duties is reviewing the use of federal funds by municipalities, contending the “process will be thorough.” The federal government has rules for how municipalities can use the funds, and the expenditures are subject to a federal audit.

However, last month OPM informed municipal leaders that the state is verifying those expenditures and using a third-party firm to conduct audits of Municipal Relief Fund spending made by all 169 municipalities, not just West Haven.

Only six communities reported spending any of the money on hazard or “hero” pay, something many front-line workers have been demanding. Of the more than $423,000 spent to provide the bonuses, Hartford spent the most, at $372,000.