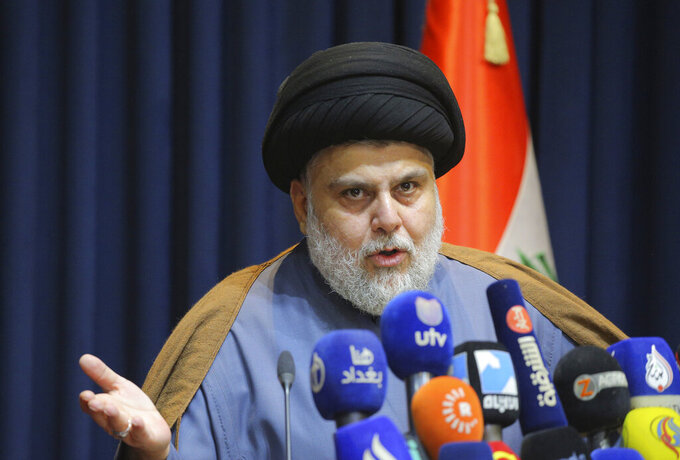 The results also confirmed that pro-Iran factions — which had alleged voter fraud — lost around two-thirds of their seats in the Oct. 10 elections. The faction known as the Fatah Alliance that represents the Shiite paramilitary group known as the Popular Mobilization Forces secured 17 seats, down from 48 in the last elections. Independent candidates drawn from the October 2019 protest movement who ran under the Imtidad list won 9 seats.

Iraq’s election commission received more than 1,000 complaints following the elections lodged by Shiite groups alleging vote fraud. Appeal procedures resulted in only five seats being changed, according to the commission, with the overall result remaining more or less the same.

The unsubstantiated claims of voter fraud have cast a shadow over an election that was praised by the United States, the U.N. Security Council and others for being the smoothest in years and without major technical glitches. Supporters of Iran-backed factions have staged a sit-in for weeks at the entrance to Baghdad's Green Zone , protesting the results.

The results will now be sent to the Federal Supreme Court for ratification, after which the president will call for a Parliament session within 15 days, where a new Speaker is elected.

The Oct. 10 vote was held months ahead of schedule in response to mass protests in late 2019 that saw tens of thousands of people in Baghdad and predominantly Shiite southern provinces rally against endemic corruption, poor services and unemployment. They also protested against the heavy-handed interference of neighboring Iran in Iraq’s affairs through Iran-backed militias.