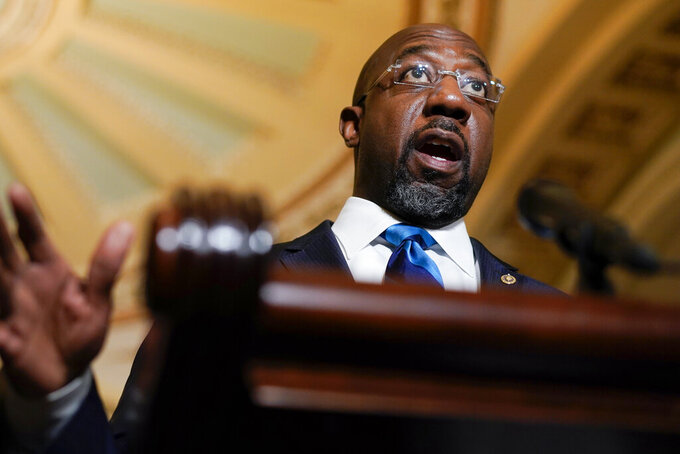 SAVANNAH, Ga. (AP) — A bipartisan group of Georgia lawmakers is asking congressional budget writers to reject the Biden administration's plan to close a training facility for military pilots in the state.

"As members of Congress, we recognize that budgets have limits and hard decisions must be made to protect our country’s bottom line," said the April 28 letter. “But our military’s capacity to conduct realistic, live training sets us apart from our adversaries."

The letter continued: "We can see from Russia’s tactical incompetency in Ukraine how disastrous it can be if a nation does not properly prepare its warfighters. That is exactly why the Savannah CRTC must remain open.”

The fight over the training center has put Biden at odds with some members of his own party in Georgia. Warnock and fellow Democratic Sen. Jon Ossoff signed the letter opposing the closure. So did Democratic Rep. Sanford Bishop and Republican Reps. Buddy Carter and Austin Scott.

The U.S. military has proposed closing the Savannah center in part because of fiscal constraints as well as changes in training requirements and user demand, said Maj. Amber Schatz, a spokeswoman for the Air National Guard.

The Georgia lawmakers say the Savannah training center is more efficient, in part because it shares an airfield with another Air National Guard unit, the 165th Airlift Wing. It's located near the coastal city's commercial airport.

The congressmen contend that closing the Savannah training center would eliminate roughly 100 military and civilian jobs. They also say it would waste roughly $25 million spent building a new hangar for fighter maintenance that's scheduled for completion in August.

The Savannah Area Chamber of Commerce, which is also fighting to keep the center open, says the facility conducted more than 2,000 training missions last year and hosted nearly 6,000 personnel.