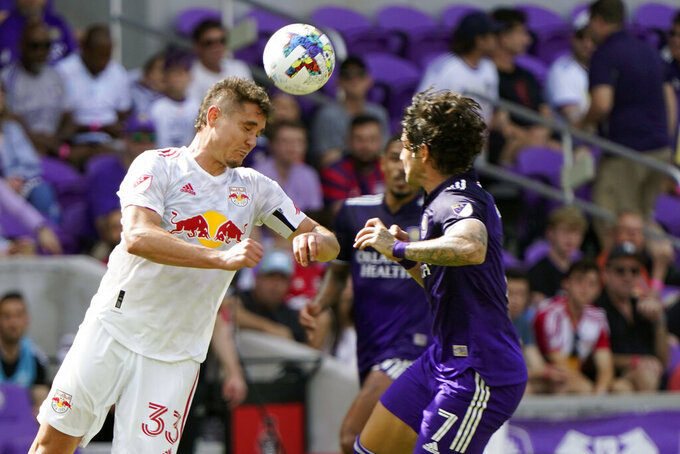 The 29-year-old center back left Tuesday night's 3-0 win at D.C. United in a U.S. Open Cup round of 32 match because of calf tightness. It is not clear whether Long will be available for Saturday's Major League Soccer match at Philadelphia.

“The scan yesterday was clean,” Struber said Thursday. “We will see how he is feeling and then we look from day-to-day. I do not know right now if he is available for Saturday, but at the moment, we are very happy. We see nothing in the scan and also, my first communication with him today and with the physical team was in a very optimistic direction.”

Long tore his right Achilles tendon last May 15 while playing for the Red Bulls and did not return until his club’s 2022 season opener on Feb. 26.

He has made 23 appearances for the United States, returning to enter late in the second half of World Cup qualifiers at Mexico on March 24 and against Panama three days later.

Miles Robinson, who had the most appearances among central defenders for the U.S. in qualifying, tore his left Achilles tendon while playing for Atlanta last Saturday and likely will miss the World Cup.