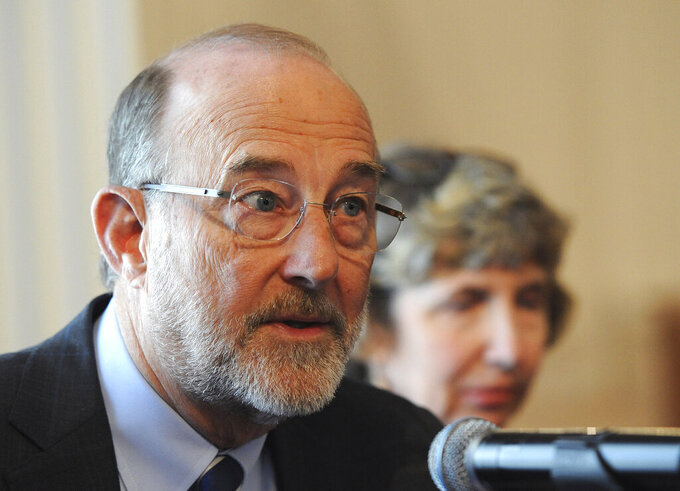 About 970 employees of the Department of Health and Human Resources’ Bureau for Social Services will receive the raises starting June 18.

There are more than 6,500 children in the care of the state. According to the DHHR, there is a 30% vacancy rate statewide for foster care employees.

“I told you we’d get this done and we got it done without spending any excess money,” the Republican governor said in a statement. “I always say we need to mind the store and we’ve done it the right way. As a result, we’re now able to compensate these people that are doing incredible work."

Employee pay raises and other key provisions were stripped from a social services bill before it died on the final day of the regular legislative session in March. After the pay raises were gutted, DHHR Secretary Bill Crouch told a Senate committee that the department would reduce the number of open positions to provide the much-needed raises to child protective services employees.

“We did take existing positions in DHHR. We swept those. We will remove those,” he said. “We’ve had to do some juggling to get this done. But again, the governor was adamant that we do it.”

In addition, Justice announced that a dashboard with some foster care data collected by the state will be made available to the public on the DHHR's website starting June 1. That dashboard also was cut from the bill by lawmakers.

Advocates have said having the data available could help both policymakers and nonprofit groups while keeping residents informed. For example, it will include information on Child Protective Service placements, referrals and case workloads, Justice said. The dashboard will be updated monthly.

“It's a way for folks to see what's going on with the state in regard to our CPS program and making sure we keep children safe," Crouch said.

The state also is in the midst of a hiring a consultant to review the massive DHHR, which has a $7.6 billion budget, or 39% of the state’s entire spending. In late March, Justice vetoed a bill that would have split the DHHR into separate agencies, saying he first wanted to look into its “issues, bottlenecks, and inefficiencies.”