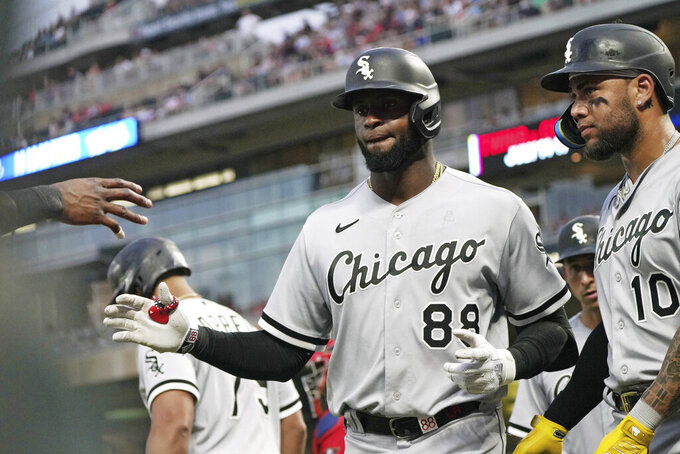 CHICAGO (AP) — The Chicago White Sox activated center fielder Luis Robert from the 10-day injured list Tuesday after the slugger and Gold Glove winner was sidelined because of blurred vision and lightheadedness.

Robert was not in the lineup against the Kansas City Royals. General manager Rick Hahn said he would likely be unavailable to come off the bench in that game, though he could start on Wednesday.

Robert had not played since he exited Chicago's win at Minnesota on July 15. He was having trouble seeing from a distance and getting jumps on balls.

Hahn said the symptoms have subsided and were likely brought on by a virus that led to vitamin deficiencies. He said “it's possible” the symptoms crop up again, though the White Sox have “far more confidence that this will be behind him.”

The White Sox added reliever Jake Diekman to the active roster after acquiring him from Boston on Monday. They also reinstated third baseman Jake Burger (right hand) from the 10-day injured list and optioned him to Triple-A Charlotte; optioned right-hander Davis Martin to Charlotte; claimed righty Tobias Myers off waivers from San Francisco and assigned him to Triple-A; and sent right-hander Vince Velasquez (right index finger blister) on an injury rehabilitation assignment to Charlotte.