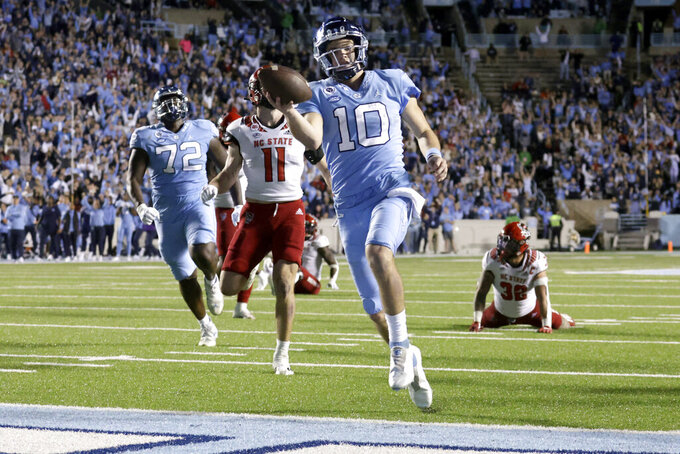 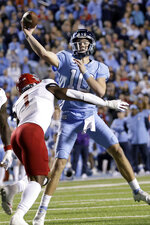 UNC QB Drake Maye vs. Clemson's secondary: There are some observers who believe the redshirt freshman warrants Heisman Trophy consideration, although the Tar Heels' two losses to close the season have dampened that enthusiasm. Still, Maye is a dangerous threat and a QB who some pro scouts already believe has the potential to be the No. 1 overall pick in the 2024 NFL draft. Maye has thrown for 3,847 yards and 35 TDs to go along with 629 yards rushing and six TDs.

North Carolina: WR Josh Downs. He's tied for sixth in the Bowl Subdivision ranks with 11 touchdown receptions despite playing two fewer games than every other player with at least 11 TD grabs. In one remarkable tear, Downs had a run of four straight 100-yard games with at least nine catches in each one – including a 15-catch game against Virginia and a huge game (11 catches, 154 yards, three touchdowns) in the division-clinching win at Wake Forest.

Clemson: RB Will Shipley has rushed for 1,092 yards, the first Tiger tailback to do that since Travis Etienne. Shipley also has 14 touchdowns, second in the ACC. He’s also the engine that makes the Tigers’ offense go. Shipley has rushed for 100 or more yards five times this year, including 132 in a 31-30 loss to rival South Carolina this past week. Shipley and Maye both played high school football in the Charlotte area.

North Carolina head coach Mack Brown posted a 3-7 record against Clemson during his first reign with the Tar Heels (1988-97). UNC lost its only matchup to Clemson 21-20 in Brown’s second stint in Chapel Hill, a loss that came down to the final play. ... Clemson has won the last seven ACC championship games it has participated in overall. ... Clemson coach Dabo Swinney is 19-7 all-time in postseason play, including both conference championship games and bowl games. ... Swinney is seeking to win his eighth conference championship to tie Frank Howard in school history.