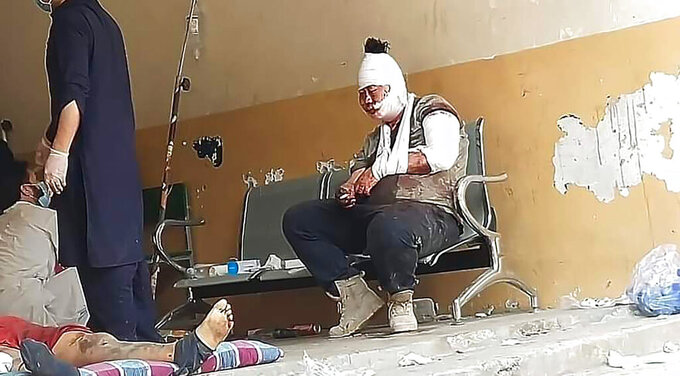 Senior police officer Zeeshan Asghar told reporters in the garrison city of Abbottabad that Judge Sajjad Ahmed Jan announced the verdict in the high security prison on Friday, after months of trial.

He said the court awarded 13 death sentences to Mohammad Hussain and Mohammad Ayaz for killing nine Chinese engineers, two paramilitary troops and two other locala, plus a 10- year prison term for each of the 32 people wounded in the attack. The judge also imposed heavy fines.

Hussain and Ayaz were found guilty of orchestrating the July 14, 2021 suicide attack on a bus on a mountainous road in the Kohistan region. The bus was carrying Chinese engineers working on the Dasu dam project in the region. Nine Chinese were killed and 27 wounded in the attack as the blast toppled the bus a deep ravine. Two Pakistani troops escorting the Chinese and two others were also killed.

But the Chinese Embassy in Islamabad said the bus had been attacked, and Pakistan later found traces of explosives at the site.

The court acquitted four other suspects for a lack of sufficient evidence against them. Six suspects were still at large.

Asghar, the police officer, said a search was ongoing for the missing suspects and an appeal would be filed against the acquitted four suspects.

An attorney for the convicted men was not immediately available for comment.

Pakistan’s northwestern region borders Afghanistan and has long been a scene of tension by Islamic militants known as Pakistani Taliban, a separate group from the Afghan Taliban.