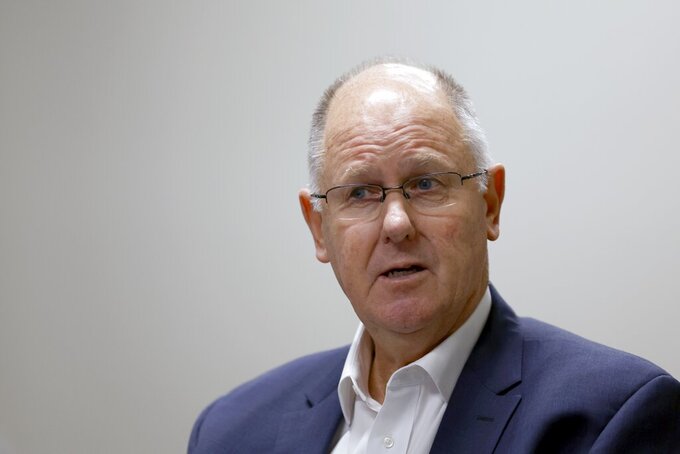 Tim Heitman, ASSOCIATED PRESS
WTA Chairman and CEO Steve Simon sits for an interview during the WTA Finals tennis tournament in Fort Worth, Texas, Tuesday, Nov. 1, 2022. Shenzhen, China, was supposed to hold the WTA Finals through 2030, but the pandemic scrapped those plans in 2020 and 2021. Simon does not know what will happen in 2023, promising a decision “no later than the end of the first quarter of next year.” (AP Photo/Tim Heitman)

ST. PETERSBURG, Fla. (AP) — The WTA Tour released its schedule for 2023 through the U.S. Open in September, with no tournaments slated for China yet.

The women’s tennis tour’s announcement of its provisional event dates, released Tuesday, said: “Details of the remaining section of the calendar will be communicated in due course.”

The season-ending WTA Finals are supposed to be held in Shenzhen, China, through 2030, but were not held at all in 2020 because of the COVID-19 pandemic, then were moved to Guadalajara, Mexico, in 2021, and to Fort Worth, Texas, this year.

In an interview with The Associated Press two weeks ago, tour CEO Steve Simon said he does not know where that event will be played in 2023, promising a decision “no later than the end of the first quarter of next year.”

“We hope that that’s where we’re going to be,” he said about Shenzhen, “but, obviously, we have some issues to resolve.”

A year ago, the WTA suspended all of its tournaments in China because of concerns about the safety of Peng, a Grand Slam doubles champion who accused a former government official there of sexual assault. Simon wanted a full and transparent inquiry into her allegations and a chance for the tour to communicate with her — none of which has happened yet.

Peng immediately disappeared from public view, then tried to recant. She doesn’t leave China and was part of carefully orchestrated appearances during the Beijing Olympics in February.

The portion of the calendar released so far includes new tournaments in Austin, Texas, and Merida, Mexico, in February.