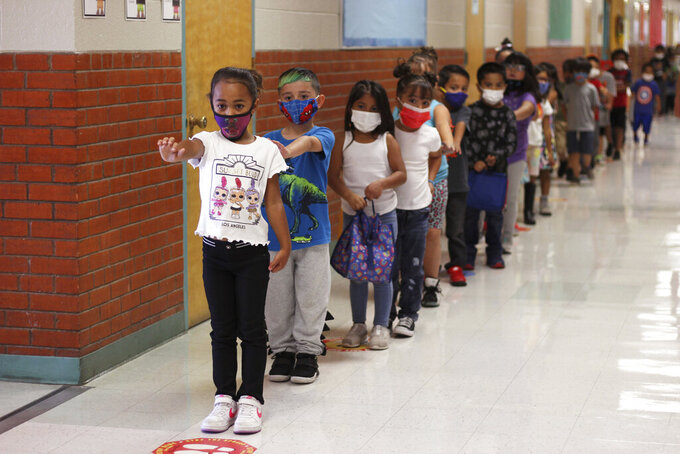 Ventilation upgrades are on virtually all lists after state authorities mandated upgraded systems better able to pull tiny virus particles out of the air. They often require new machinery.

Due to recent changes in state law, all money raised by local school funding ballot initiatives will go to funding to local schools.

Until this year, around 75% of operational funds in mill levies were deducted from state funds, meaning only 25% of local property taxes for schools actually went directly to that district.

The legislation benefits districts such as Santa Fe where there’s a strong local tax base, as well as districts serving Gallup, in northwestern New Mexico, where federal funds offset the nontaxable federal and tribal land surrounding it.

A few school districts with both low property values and no federal land will likely lose out in the long term under the new formula.

But the losses won’t be felt any time soon because of federal pandemic relief, which allocates funding based on the number of low-income students in the district. Wagon Mound, in northeastern New Mexico, got $15,000 for each student and doesn't have a mill levy on the ballot compared to just over $100 in Los Alamos, where school funding is on the ballot.

In most cities, the levies will renew property taxes, but not increase them. If the ballot measures are voted down, property taxes will decrease.

School districts received around $900 million in additional federal funding this year aimed at offsetting the costs of reshaping education infrastructure in response to the virus.

Some of the funds were used to replace aging air ventilation systems. Many districts offered a laptop to each student for the first time, paid bonuses to staff working amid the risk of COVID-19, as well as purchased hand sanitizer, signage and masks.

Balloting is underway at early voting centers, county clerks’ offices and by absentee ballots that can be mailed or dropped off by hand. Election Day is Nov. 2.

Cedar Attanasio is a corps member for the Associated Press/Report for America Statehouse News Initiative. Report for America is a nonprofit national service program that places journalists in local newsrooms to report on under-covered issues. Follow Attanasio on Twitter.