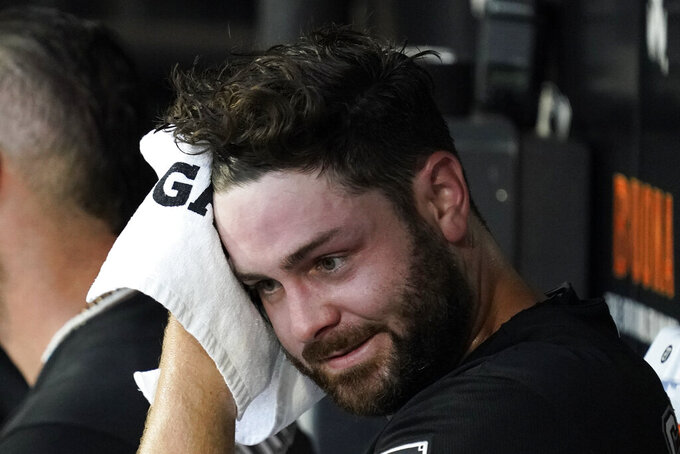 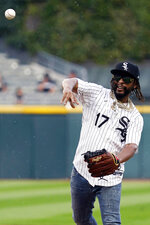 CHICAGO (AP) — The Cleveland Guardians were already rolling by the time Andrés Giménez stepped to the plate in the first inning. The All-Star then gave them a big push.

The Guardians cruised to their fourth straight win, pounding White Sox starter Lucas Giolito in the opener of a four-game series between two of the top three teams in the tight AL Central.

Giménez made it 4-0 in the first when he lined a two-run homer to right, a big hit in an eventful week for the 21-year-old Venezuelan. The Guardians scored two more in the second to go up 6-0.

He got to start at second base in his first career All-Star Game when Jose Altuve backed out after getting hit by a pitch just before the break. Giménez started a highlight-reel double play against Manny Machado in the Midsummer Classic when he grabbed a ball that took a weird hop off the mound and flipped a behind-the-back toss to White Sox shortstop Tim Anderson.

“I think he should have been a starter to begin with,” Steven Kwan said. “I'm glad he got his recognition. There'll be probably many more to come.”

Manager Terry Francona got his 800th win in 10 seasons with the Guardians. He has 1,829 victories over 22 years with Philadelphia, Boston and Cleveland and led the Red Sox to two World Series championships.

Naylor had an RBI single in the first and two-run double in the sixth. Kwan added three hits and scored twice.

José Ramírez, who had two hits in the American League’s All-Star win, doubled and scored in the first. He also drove in a run with a groundout in the second.

Cal Quantrill (7-5) won his third straight start and beat the White Sox for the second time in 12 days. The right-hander went five innings, allowing two runs and six hits. He struck out four and walked one while throwing 97 pitches.

The third-place White Sox stormed into the All-Star break by winning three of four at division-leading Minnesota. But with Giolito (6-6) struggling, they never really had a chance in this one.

The right-hander lasted just three innings, allowing six runs and nine hits, including a few soft ones. His ERA jumped from 4.69 to 5.12.

“It’s a tough way to start the game,” manager Tony La Russa said. "You initiate less than good contact and you don’t get an out for it. That’s what I saw. That’s four runs, and two more. It wasn’t his day.”

José Abreu hit an RBI double during a two-run third and extended his on-base streak to 24 games.

Guardians: The Guardians expect RHP Aaron Civale to rejoin them in August after doctors confirmed he has a sprained ligament and inflammation in his pitching wrist. Civale was examined this week by Drs. Thomas Graham and Jason Genin. The team said he is responding well to an anti-inflammatory injection and is expected to resume throwing this week. Cleveland will have a better idea of his return date as he goes through his rehab program.

White Sox: The White Sox placed CF Luis Robert on the 10-day injured list because of blurred vision. GM Rick Hahn said the team is “cautiously optimistic” the slugger and Gold Glove winner will be ready to return when the White Sox open a three-game series against Oakland on July 29. ... The White Sox reinstated C Yasmani Grandal (lower back spasms) from the IL. ... Hahn said LHP Aaron Bummer (strained left lat) is playing catch but has not started throwing off the mound. Bummer has not pitched since June 7. ... The White Sox got a scare in the third inning when DH Eloy Jiménez was hit in the hand by a pitch. He was clearly in pain, but remained in the game.