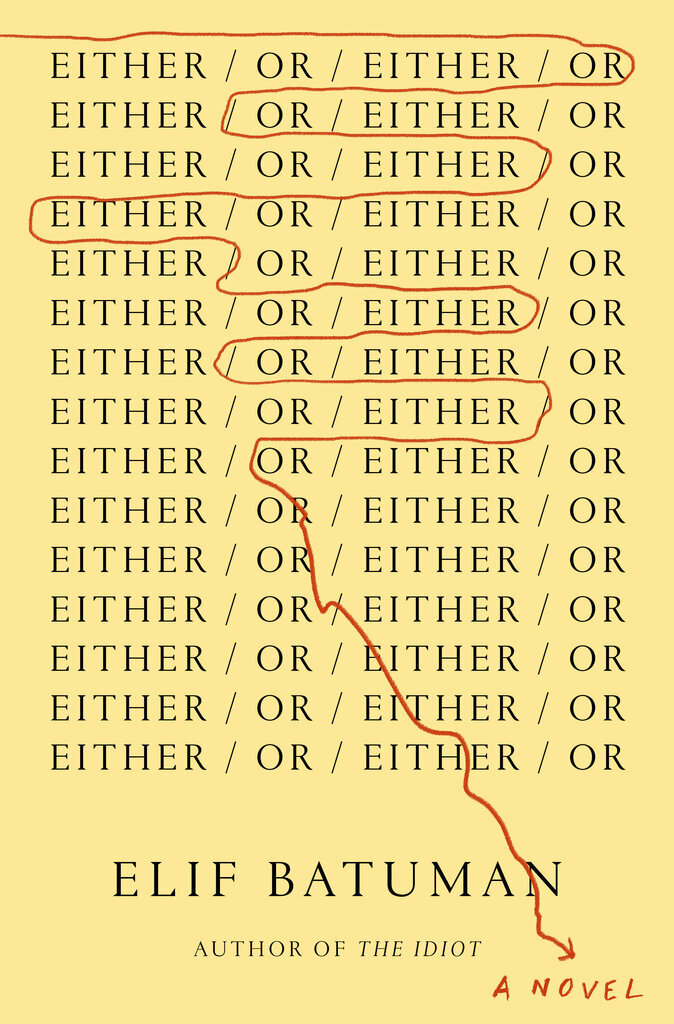 Do you remember what it felt like to be a college sophomore? The Jell-O shots, cookie dough and moments of abject humiliation and terror as you tried, oh so self-importantly, to figure out how to live?

Elif Batuman brings back the tedium and exhilaration of undergraduate life in “Either/Or,” a charming, mordantly funny follow-up to her first novel, “The Idiot,” which was a finalist for the 2018 Pulitzer Prize.

Selin, the overachieving daughter of Turkish immigrants and Batuman’s alter ego, spent much of that book mooning over Ivan, an older, emotionally unavailable boy in her Russian class. Hence the title, “The Idiot,” a reference to Fyodor Dostoevsky and the generally clueless behavior of young people everywhere.

In “Either/Or,” whose title nods to the Danish philosopher Soren Kierkegaard’s treatise on the aesthetic versus the ethical life, Selin decides to opt for the former and become the writer she has longed to be since childhood. “I found the idea of an aesthetic life to be tremendously compelling,” she says. “It was the first time I had heard of an organizing principle or goal you could have for your life, other than making money and having kids.”

The rest of the novel is devoted to the question of how — and whether it’s OK when virtually all her friends and family members have opted for the other, presumably more ethical, life. In the course of her explorations, she will read Andre Breton’s surrealist work “Nadja” but wonder why the titular character — naturally, a woman — has to go crazy and end up alone.

Besides her beloved books, Selin also seeks wisdom in the movies and pop songs of the era, the late 1990s; resolves to lose her virginity; and consults a psychiatrist to deal with unexplained crying jags. It all makes for an eventful year, albeit one recounted in a meandering, stream-of-consciousness style that threatens at times to sap the book of its narrative power.

Happily, the book ends with a bang when Selin happens upon Henry James’ “The Portrait of a Lady” and finally discovers an admirable female role model in the fictional Isabel Archer. “The work of art she was creating was her own character,” Selin says. “From this perspective, the aesthetic wasn’t really the opposite of the ethical. The way Isabel wanted to be, and act, and seem, was generous and brave.”

The triumphal ending, coming after hundreds of pages of sophomore angst, suggests that Selin is well on her way to becoming Batuman, an accomplished novelist and New Yorker staff writer. You go, girl!