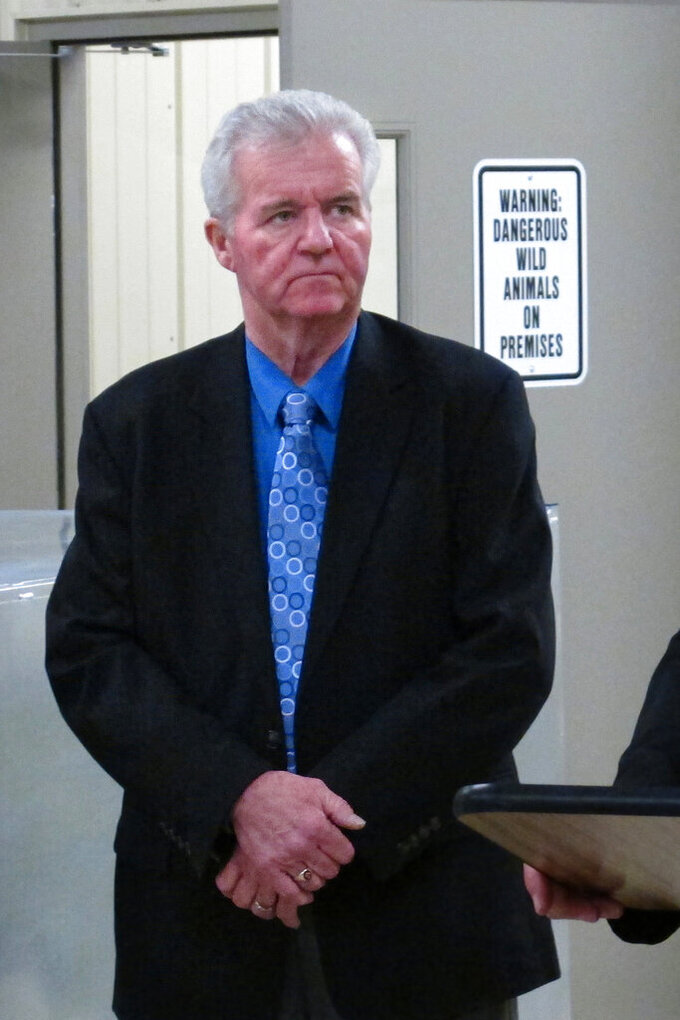 COLUMBUS, Ohio (AP) — In a job where pigs, cattle and sheep dominated, longtime Ohio state veterinarian Tony Forshey was thrust outside even his considerable comfort zone in 2011. Forshey died on Nov. 26, Ohio Agriculture Director Dorothy Pelanda announced Sunday. He was 69.

It was in 2011 that a suicidal owner released dozens of wild animals from an eastern Ohio farm in Zanesville, including black bears, African lions and rare Bengal tigers. Forty-eight were killed amid fears for public safety.

In the wake of the trauma, Ohio state lawmakers tapped Forshey as they scrambled with renewed urgency to strengthen Ohio’s exotic animal regulations.

“We’re really kind of dealing with the unknown here,” Forshey told The Associated Press at the time, noting no one knew how many wild animals Ohioans were holding in private ownership at the time.

Republican U.S. Rep. Troy Balderson, then a state senator, said Forshey played a vital role in the crafting of the dangerous wild animal bill he sponsored and the construction of the state's first-ever facility to house the creatures.

The two traveled the state with then-Agriculture Director James Zehringer as they developed the new policy, Balderson said, and Forshey played a crucial role in putting anxious, even angry, exotic pet owners at ease.

“Even when we were doing the travels for the wild animals — I mean, those people weren't going to be happy with us — but he didn’t get sideways with that and just had compassion,” he said. “It was bigger than a state veterinarian title. He made it larger than that.”

Zehringer said Forshey also oversaw creation of Ohio's livestock care standards in effect since 2011, which were the most comprehensive in the nation.

Forshey had served as state veterinarian and chief of animal health since 2006. His 27-year career also included 20 years teaching at his alma mater, the Ohio State University College of Veterinary Medicine; a stint as interim state agriculture director under Republican Gov. John Kasich; and induction into the Ohio Agriculture Hall of Fame.

His professional efforts helped eradicate pseudorabies, a contagious herpesvirus in swine, from Ohio in 2001 and moved the field of agriculture toward a focus in animal wellness and disease prevention, including through expanded use of antibiotics.

“He never acted like he was the smartest man in the room," Zehringer said. “He was always very knowledgeable but never spoke down to anyone.”