Cyclone weakens in central Mozambique, but flooding a threat 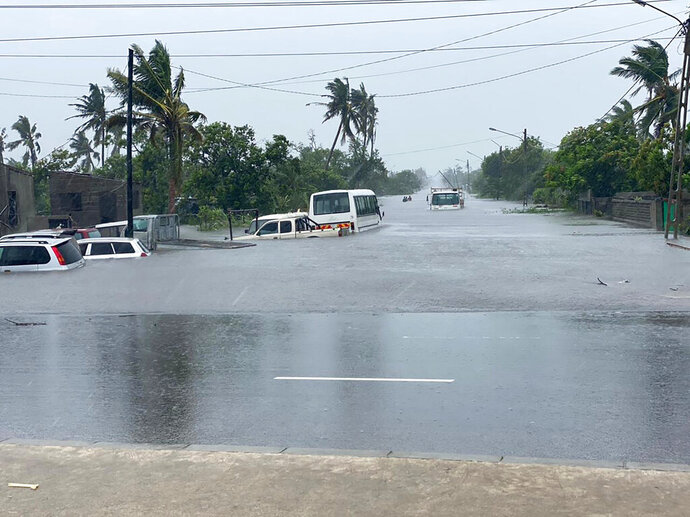