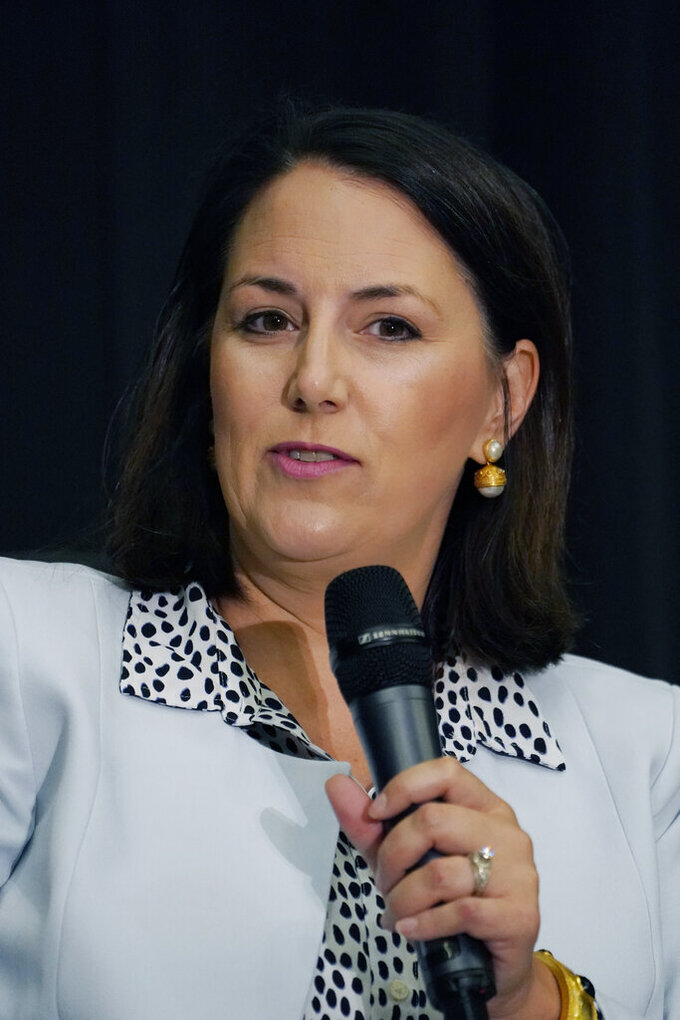 Mississippi lawmakers voted last year to retire a Confederate-themed flag state as part of the national reckoning over racial injustice.

“This, I think, removes a significant impediment, and will change perceptions of Mississippi across this country and across the world," said Anthony Wilson, 2020-2021 Mississippi Economic Council chair, at the council’s annual meeting in Jackson.

The Mississippi Economic Council was a staunch supporter of the legislature's decision to surrender the last state banner in the U.S. that included the Confederate battle emblem — a red field topped by a blue X with 13 white stars. The rebel flag has been used by Ku Klux Klan groups and is widely condemned as racist.

During the November 2020 Election, Mississippi voters approved the new state flag with a magnolia and the phrase “In God We Trust." That flag was officially adopted by the state Legislature this year.

The flag was displayed prominently at the in-person event at the Jackson Convention Complex, which drew hundreds of business leaders from across the state. Dozens of small state flags lined a red carpet in front of a stage and podium, behind which was displayed another massive state flag.

Wilson, who is president and CEO of Mississippi Power, a subsidiary of Southern Company, said he is filled with pride when he sees people all over Mississippi choosing to fly the new flag.

“I see more state flags today than I ever have in my life," he said. “Without question, taking down the controversial state flag was a defining moment for our state.”

Also present at the event was Tribal Chief of the Mississippi Band of Choctaw Indians Cyrus Ben, who was one of the nine members selected by Republican Gov. Tate Reeves to serve on the Mississippi State Flag Commission.

Commission members parsed through thousands of designs submitted by the public to chose a final design to put on the November ballot.

Ben said serving on the commission was an honor that gave him a chance to educate people in Mississippi about the Mississippi Band of Choctaw Indians, the state's only federally recognized Native American tribe.

It's a perspective that has historically been forgotten or overlooked, he said.

“Many are not aware of who we are, that we are still alive and thriving here in central Mississippi,” he said. The new flag design features a gold star is made of diamond shapes that are significant to the Choctaw culture.

Executive Director of the Mississippi Development Authority John Rounsaville was a panelist at the event. He said the importance of the flag change to a business looking to come to Mississippi depends on the industry.

“On your consumer-facing manufacturers or consumer-facing businesses, it can be important — it’s not a major topic of discussion," Rounsaville said. “But when we talk to site consultants, and even some companies, there have been times when it comes up.”

“I think, overall, it’s very favorable to the state of Mississippi to have the flag change,” he added.

The governor did not specifically mention the flag in his address at the meeting, instead focusing on the economic growth in the state during the last year. Reeves said the average capital investment in the state of Mississippi during the last 10 years was $900 million per year. In 2020, it was $1.7 billion, he said.

After his speech, when asked about the flag and other major factors that contributed to that economic growth, Reeves said: “This business community that is represented here today has worked very closely with our administration to remove hurdles, and to make Mississippi an even better place to invest capital and create jobs.”

Leah Willingham is a corps member for the Associated Press/Report for America Statehouse News Initiative. Report for America is a nonprofit national service program that places journalists in local newsrooms to report on undercovered issues.