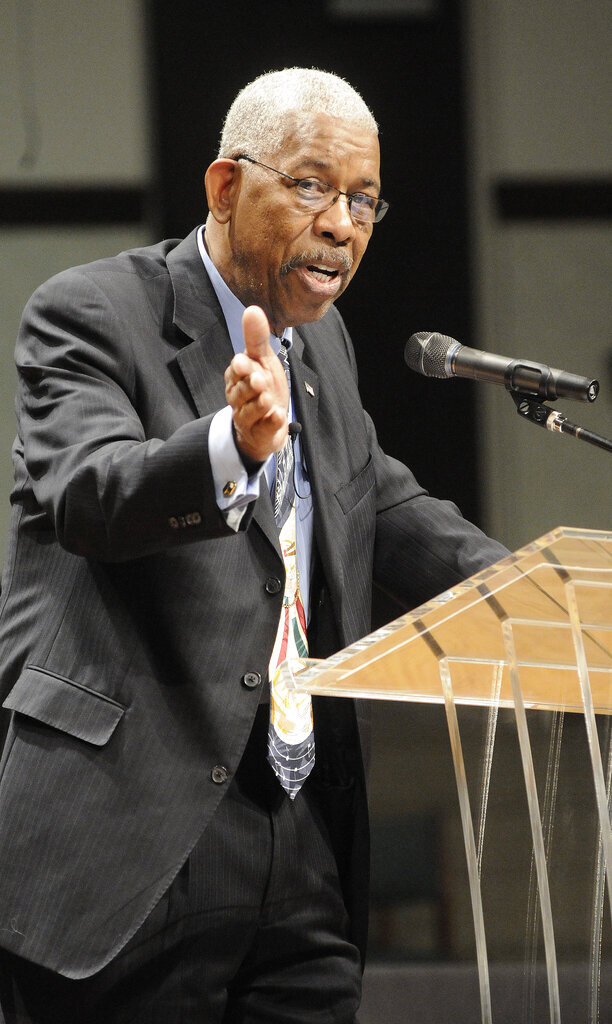 NASHVILLE, Tenn. (AP) — Ernest “Rip” Patton, a member of the Nashville Freedom Riders and civil rights leader, has died, the Freedom Rides Museum announced. He was 81.

Patton participated in the downtown Nashville civil rights sit-ins in 1960, a movement that eventually led to the desegregation of the city’s lunch counters and other public spaces. A year later, he was among the first wave of Freedom Riders to arrive in Jackson, Mississippi, on a Greyhound bus intent on forcing the desegregation of interstate transportation facilities, said Dorothy Walker, director of the Montgomery, Alabama-based museum.

“He felt like what happened in Nashville in 1960 came together in a divine way. There was divine inspiration and it was not happenstance,” Walker said in a Wednesday phone interview. “It was the prelude to the Freedom Riders.”

Patton was promptly arrested upon arriving in Jackson and spent 40 days at the infamous Mississippi State Penitentiary, also called Parchman Prison Farm, known for its brutal conditions. A talented baritone and drum major, Patton and his fellow Freedom Riders would regularly sing during their lockup, causing the prison guards to confiscate their mattresses, and at times, turn off the water in their cells.

“He understood the power of music in the movement,” Walker said. “His thing was, ‘Let’s just keep the music going.’”

The Freedom Rides Movement of 1961 sparked bombings and beatings by white mobs, as well as imprisonment for many of the Black and white riders. Yet the movement also brought about the eventual end of segregated transportation in the South.

More than 400 people, ranging in age from 14 to 61, participated in the Freedom Rides. In June, July, August and September of 1961, more than 60 Freedom Riders traveled across the South, most of which ended in Mississippi.

Upon his release from prison, Patton and 13 other students were expelled from Tennessee A&I — now Tennessee State University. The school eventually granted them honorary doctoral degrees 47 years later, in 2008.

Patton attended nonviolence workshops led by civil rights champion the Rev. James Lawson, where he was joined by fellow high-profile leaders such as Diane Nash, John Lewis and C.T. Vivian.

He later went on to be a truck driver and jazz musician, while also remaining a vocal advocate and educator in the civil rights movement.

“In the decades after the movement, Rip spent hours sitting with young people in Nashville’s Civil Rights Room — questioning them, challenging them, and urging them forward in their own work,” Nashville Mayor John Cooper said in a tweet. “Rip’s march was steady, and his call was clear, until the end.