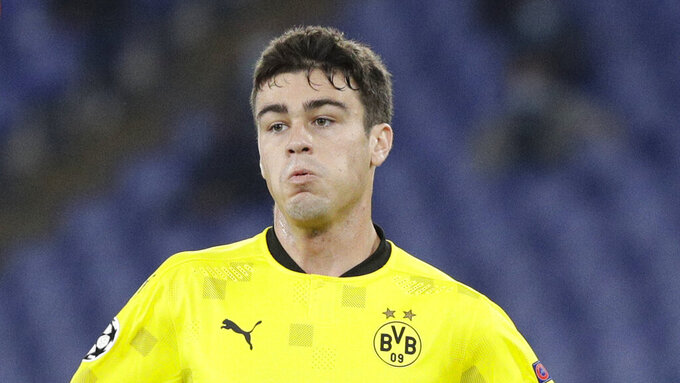 Dortmund tweeted a photo of the 19-year-old at practice.

Reyna, a son of former American captain Claudio Reyna, was hurt while playing for the United States in its opening World Cup qualifier at El Salvador on Sept. 2.