How does early voting work in the US election? 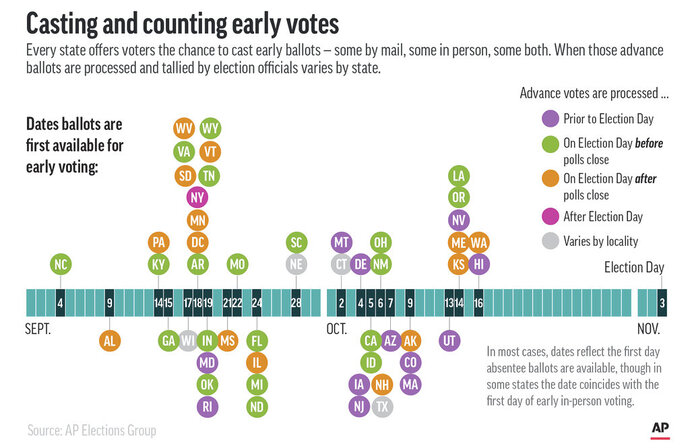