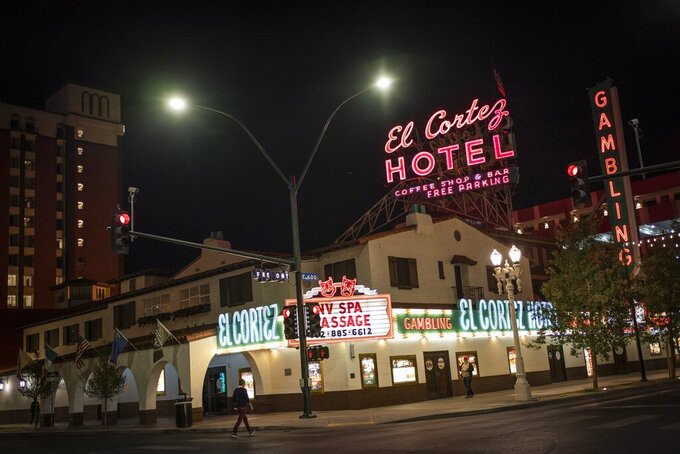 LAS VEGAS (AP) — Two iconic Las Vegas hotel-casinos are marking milestone dates — one on the Strip and one downtown.

The Flamingo Las Vegas has begun celebrating its 75th birthday ahead of the Dec. 26 anniversary of the date in 1946 when Benjamin “Bugsy” Siegel opened the first resort-style property on a highway that became Las Vegas Boulevard and the neon-lit Strip.

The Flamingo opened with 105 rooms at a reported cost of $6 million with backing from underworld associates including Meyer Lansky.

It now has more than 3,400 rooms and a 28-story tower. It's owned by casino giant Caesars Entertainment.

Downtown, the El Cortez Hotel & Casino has commemorated 80 years since opening in November 1941 with 59 rooms.

Jackie Gaughan owned the El Cortez from 1963 to 2008 and lived in a penthouse suite atop the landmark 15-story building.

The high-rise now has about 300 rooms and a separate building has 64 suites. The current owner is Kenny Epstein.