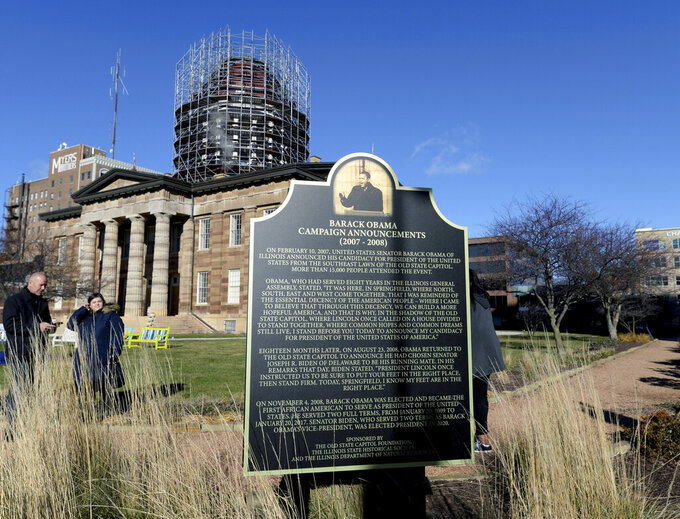 The marker standing on the southeast corner of the grounds in downtown Springfield notes the future president's Feb. 10, 2007, announcement and Obama's Aug. 23, 2008, introduction there of his running mate, Joe Biden, at the time a Delaware senator and now the president.

Illinois House Speaker Emanuel “Chris” Welch, the first Black legislator to hold that position, said during the indoor ceremony that Obama “inspired so many people who had never been involved in politics before to get involved.”

Gov. J.B. Pritzker said the marker honoring the nation's first Black president serves as “a reminder that one of our favorite sons brought a message of hope that resonated at a crucial time to people all across the world.”