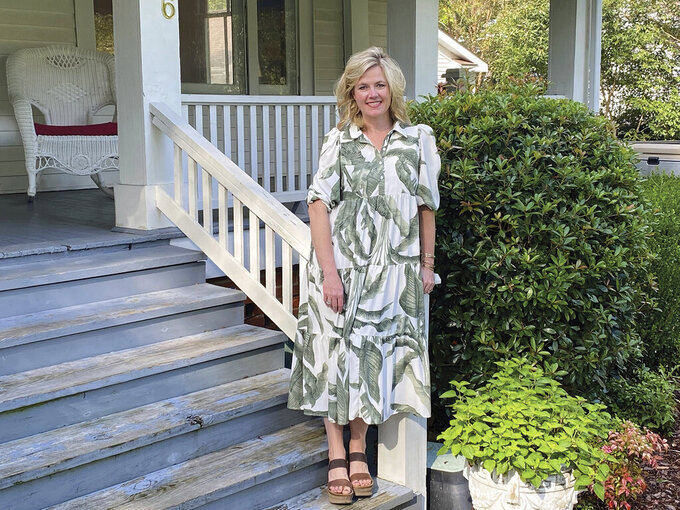 STARKVILLE, Miss. (AP) — It was 2003 and former President Jimmy Carter was addressing a national optometry conference in Atlanta.

Sitting in the audience that day was Sarah Fratesi, who was just beginning her career as an optometrist at Crigler Family Vision Center in Starkville.

Fratesi was both disturbed and inspired by the story Carter shared that day.

“He said two of his six grandchildren made it to school with undiagnosed vision impairment,” Fratesi recalled. “The family didn’t have a clue. I thought, ‘How can this be? If children in the family of a former president can fall through the cracks, what about the rest of us?’”

Of all the things she heard at that conference, Carter’s personal story resonated with her the most.

“It was almost like a challenge,” she said. “Do something.”

When the American Optometric Association in 2005 started “InfantSEE” — a no-cost vision screening program for children ages six-to-12 months, Fratesi had found a way to meet that challenge.

For more than 15 years, Fratesi has been conducting InfantSEE screenings at health fairs, clinics and by appointment at Crigler.

“I have no idea how many screenings I’ve done,” she said.

Earlier this month, Fratesi was presented a national award by the American Optometric Association for her work in the program, but her volunteer work goes far beyond InfantSEE.

She also provides screenings as part of the Excel by 5 program of Starkville and the public school district’s Third Grade Reading Initiative, providing free eye exams and glasses to children in need. She is a member of the Starkville Rotary Club, serving as Activities Committee chairman, and as a Between the Lions committee member she has volunteered as a class reader for a local day care.

When her church, St. Joseph Catholic Church, approached her to serve on the parish council, her response was a familiar one: Yes.

Fratesi and her husband, Joe, have three children — Nate, 13; Caleb, 11; and Leah, 7. As a working mom with three active kids, Fratesi is still much inclined to keep saying yes, an attitude that has only been reinforced since the passing of her mom in June, a loss that brought to mind her own mortality.

“It used to be, ‘I don’t think I can do this,’ when someone would approach me,” Fratesi said. “But after my mom died, I had sort of a mental shift. I’m 44 years old now. It’s one of those things. You realize that it’s time to help more. Nobody makes it out of here alive, so what do you want to leave behind?”

Fratesi is grateful to Crigler for allowing her the flexibility required to do her volunteer work while remaining active in her children’s lives.

“Crigler is very family-oriented,” she said. “I’m able to arrange and rearrange my work schedule around what’s going on. That makes a huge difference.”

Fratesi said she’s learned that “I’m busy” is often more of an excuse than a reason to say no.

“I think you can always find something you can plug into your existing schedule,” she said. “You can always figure out some way to help, whether it’s your time or your money. There’s almost always a way to help.”