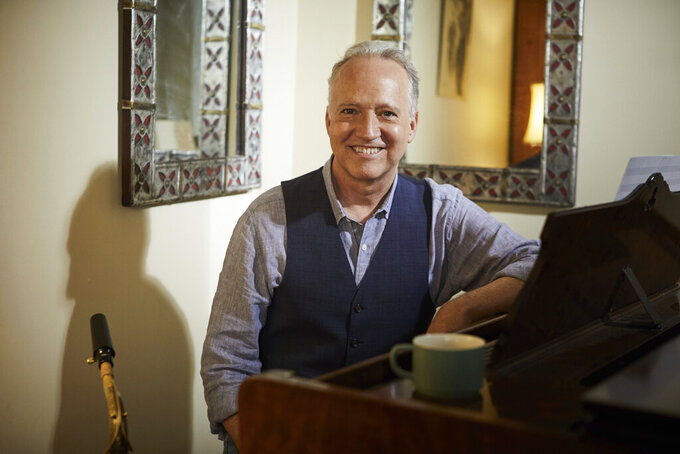 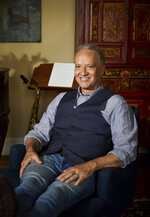 NEW YORK (AP) — Glenn Close recently made music-related headlines for her playful performance of “Da Butt” at the Academy Awards, but the revered actor has some real music news: she’s releasing an album with Grammy-winning jazz saxophonist-composer Ted Nash on Friday.

“I learned about Go-go (music) and certainly about the Washington (D.C.) music scene from those years; I was able to do that little piece of ‘Da Butt’ because I had looked at Spike’s music video. Around the Oscars and afterward, I was doing this wonderful character for Gore Verbinski and his animated featured — it’s not going to come out for a couple of years — but ... it was all funk (music). And now I’m back to jazz. So, yeah, mix it up! It’s really fun and interesting.”

The Emmy and Tony winner is used to her movies and TV shows premiering but having an album release is a first: “I’m very, very excited for it to be out in the world, especially now.”

Close worked with Nash on his previous albums, but the two are co-stars on “Transformation: Personal Stories of Change, Acceptance, and Evolution,” an 11-track spoken word jazz album that tackles heavy topics like race, politics, identity and more. Nash, a member of the Jazz at Lincoln Center Orchestra, was tasked with composing music to match the words — both newly written lyrics along with hand-picked selections by Glenn from poets Ted Hughes and Conrad Aiken, biologist E.O. Wilson and playwright Tony Kushner.

Close, who offers her voice on three songs, called friends to help round out the album, including esteemed jazz musician and Jazz at Lincoln Center Artistic Director Wynton Marsalis, along with the epic players in the JLCO. Oscar-nominated actor Amy Irving reads “One Among Many,” written by former radical Judith Clark at the request of Close and Emmy-winning entertainer Wayne Brady guest stars on three tracks and even wrote an original called “A Piece by the Angriest Black Man in America (or, How I Learned to Forgive Myself for Being a Black Man in America).”

“I feel like every time there’s a new project, it’s an opportunity to grow as an artist and embrace new ideas. I think that’s something that as I get older, I realize is more important to me. It’s not just, ‘Oh, I want to write some hip (expletive),’” Nash said.

The musician added that his job was to help the album’s speakers deliver with authenticity and “be absolutely supportive of somebody who’s spilling their guts and support that in a way that helps it emotionally and gives them a safe space to do that.”

Nash plays several roles on the album, from composer to instrumentalist to producer and conductor. But he also became a subject: His son Eli speaks about his experience coming out to him as a transgender man on “Dear Dad/Letter.” His father responds — through instrumental music — on “Dear Dad/Response.”

“It was very moving, and Ted didn’t know whether he could get through it, actually. But when you put your soul into your instrument, into your music, I think it was a very healing experience for him,” Close said. “A very transformative experience.”

"When (my son) started reading the piece, I didn’t expect to kind of feel the things that I felt,” Nash explained. “All of a sudden it hits me that everyone else is hearing this. They’re hearing this personal piece that was a letter to me, and I’m playing (music) along with it. And I got very full. But, if anything, that just helped me to have a more profound opportunity of expression.”

Close, Nash, the orchestra and the special guests recorded the album at Jazz at Lincoln Center in New York City early last year before the coronavirus pandemic hit. Close said before making the album, jazz somewhat intimidated her.

“I thought you had to kind of know what you were hearing. But now I’m just inspired by it because I think it’s deeply American and it’s also deeply human,” she said. “It is an expression of the human condition, dissonance, harmony — all of these different instruments playing off each other. In a good world, everybody gets a turn to stand up and play their bit.”

Though Close, 74, is more known for film roles and eight Oscar nominations, as well as three Emmys for TV performances, she’s always had ties to music. One of her three Tony Awards was for the musical “Sunset Boulevard” and she also earned a nomination for her performance in “Barnum.” She even scored a best original song nod at the Golden Globes for co-writing “Lay Your Head Down” from “Albert Nobbs,” a 2011 film Close produced, co-wrote and starred in.

When asked if she’s ever picked up an instrument, she replied with a laugh: “I pick ’em up. I don’t necessarily play them.

“My great dream is to learn how to play the electric bass. I want to sit in the background with a cool hat on. I actually have a really cool Gibson electric bass and I started lessons here. But then I go off and work and everything falls apart and I forget stuff,” she said. "But if I can learn like six songs and do them really well, I think that would be fun.”

Linking up with Nash allowed Close to fulfill another dream: release a full-length album about the real world. And Nash has big hopes for their collaborative project — he wants it to spark change around the globe.

“You can take away whatever it is you want from this project, whether it’s just you enjoy Wayne Brady and how he talks or whether you think that what he’s saying is deep enough to move you to some kind of action, or somewhere in between. My goal is to move people to some kind of thoughtful action, but it’s maybe a lofty goal.”

Another goal: winning a Grammy, especially since it brings Close closer to EGOT status.

“Accolades should never be the reason for doing anything ... but I do think for Glenn — this is just a personal thing — I would love to see her get a Grammy Award because then she’s got three out of the four EGOTs,” Nash said.

Close is no stranger to the Grammys. She’s been nominated three times in the ’80s, though she admits: “I forgot, actually, that I had been nominated for a Grammy.”

At one point she even competed with John Lennon, Yoko Ono and Jesse Jackson. Who won over her? Jack Nicholson, Ben Kingsley and Robin Williams, who died in 2014.

“Awww,” she said, putting her hand on her heart. “I’m very proud to lose to Robin Williams.”

“Well, gosh, I’d be thrilled if this got a (Grammy), even to be nominated would be incredible,” she added.