The Latest: Warren thanks Nevada for keeping her in fight 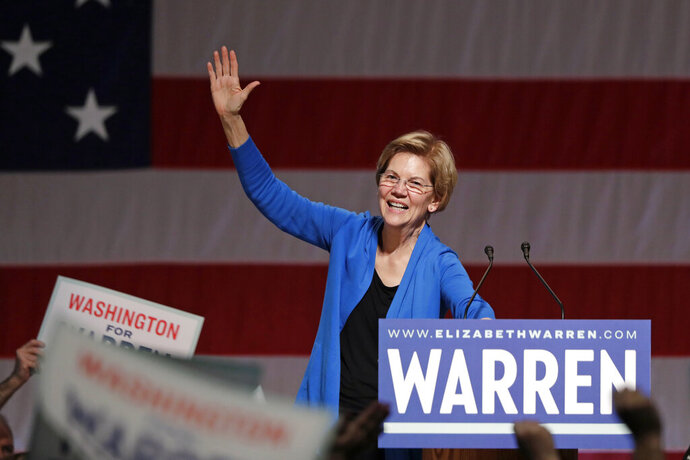