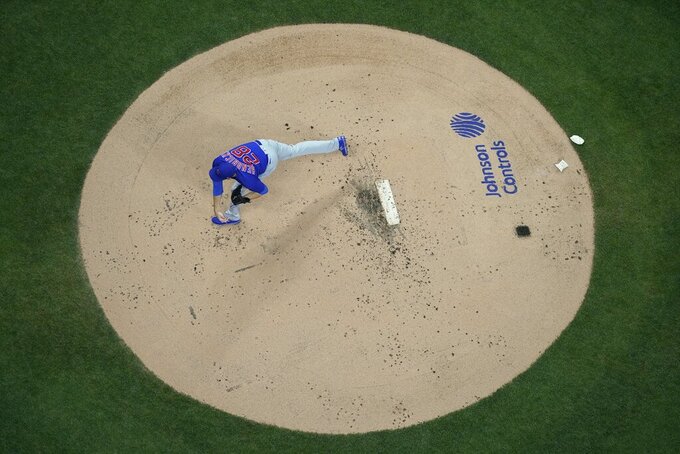 MILWAUKEE (AP) — Chicago Cubs right-hander Kyle Hendricks has been placed on the injured list after leaving his Tuesday night start early due to soreness in his throwing shoulder.

Hendricks had his shortest start of the season, lasting just three innings in the Cubs’ 8-3 victory over the Milwaukee Brewers. He threw 69 pitches and his velocity was lower than usual.

The 32-year-old Hendricks said Tuesday night that he felt fine before the game but could tell something was off as soon as he threw his first warmup pitch at the start of the game. Hendricks went through a similar issue with the shoulder in early June, causing him to take 12 days off between starts.

“Being cautious, dealing with this a little bit before, we’ve got the All-Star break coming up, giving him a little rest and building him back up is the smart thing to do,” Cubs manager David Ross said before their Wednesday afternoon game at Milwaukee.

The Cubs have been dealing with numerous injuries to their pitching staff. Hendricks joins teammates Alec Mills, Wade Miley, Drew Smyly and Marcus Stroman on the injured list.