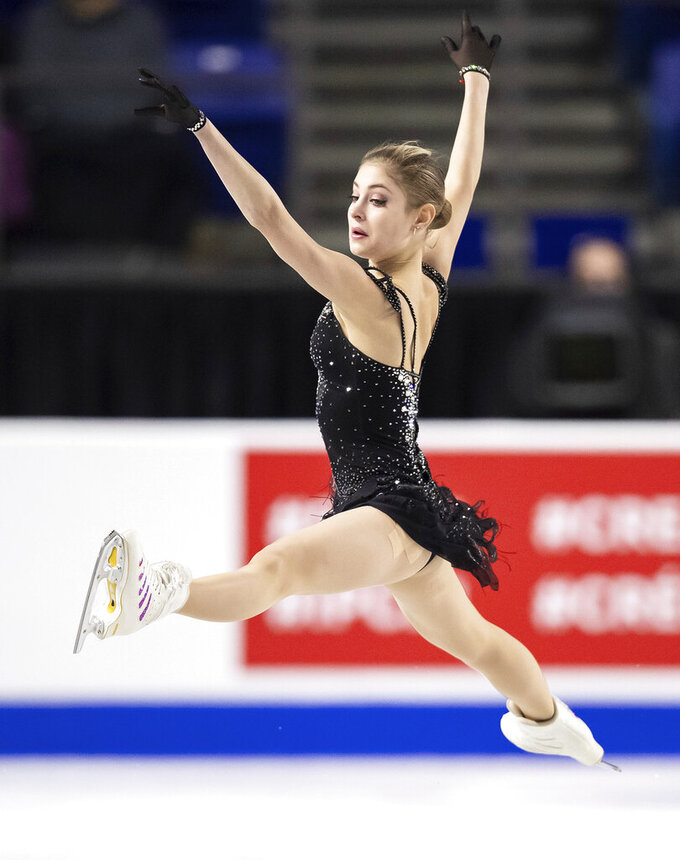 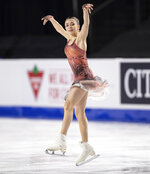 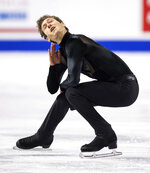 “Any time, both in practice and competition, when you don’t do well, I want immediately to get another opportunity to try,” Chen said. “I don’t know if it’s going to be successful or but I want that next opportunity. I’m thrilled I have this opportunity to try this again rather than wait three or four weeks.”

The three-time world champion who won the Grand Prix Final in Vancouver in 2019, Chen had a whooping technical element score of 60.29.

Fellow American Jason Brown was second at 94.00, and Canada's Keegan Messing was third at 93.28 in front of about 600 fans at the University of British Columbia rink.

“Having the crowd was incredible,” Missing said. “I almost forgot what it was like to skate with a crowd. They were pumping me up and getting me going. I felt like my feet were floating on the ice tonight.”

At night in the women's short program, 15-year-old Kamila Valieva scored 84.19 points to lead a Russian sweep of the top three spots. Elizaveta Tuktamysheva, the 2015 world champion, was second at 81.24, and Alena Kostornaia third at 75.58.

China’s Sui Wenjing and Han Cong led the pairs after the short program at 78.94. Russia’s Daria Pavliuchenko and Denis Khodykin were a distant second at 69.46. Americans Ashley Cain-Gribble and Timothy LeDuc were sixth at 61.68.

In ice dancing, Canada's Piper Gilles and Paul Poirier led at 85.65 after the rhythm program. They won the 2019 event in Kelowna.

“It’s been a scramble of a few weeks really trying to nail everything down and get it as smooth as possible,” Poirier said. “We knew this was going to be our first performance in front of a live crowd in almost two years. What we really tried to do was manage our energy with the energy of the crowd behind us.”

Italy's Charlene Guignard and Marco Fabbri were second at 78.82, followed by Spain's Olivia Smart and Adrian Diaz at 76.97.