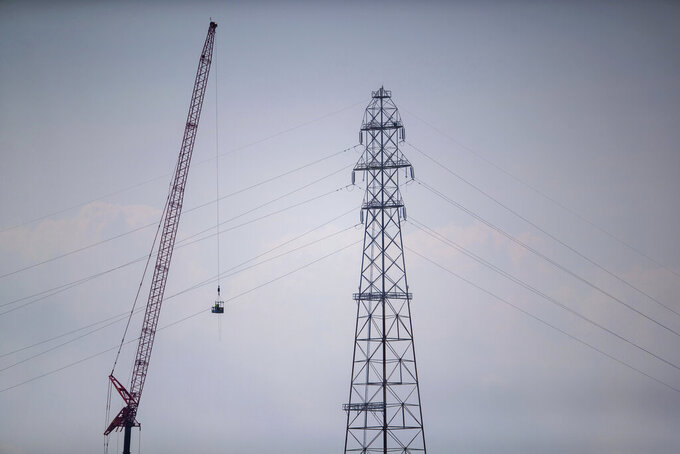 That's one of four options Entergy New Orleans outlined in a news release as the company prepares for discussions with the City Council, which regulates the electric monopoly in the city.

The other options include a merger with another Entergy Corporation subsidiary, Entergy Louisiana; a sale of Entergy New Orleans to another public or private business; or establishing a spinoff company separate from Entergy Corporation.

The council's utility committee is scheduled to meet Wednesday. It's chairperson, Helena Moreno, last week called for an investigation of the generation and transmission problems that led to a blackout related to Ida; a study on retail competition and utility ownership in New Orleans and a management audit of Entergy New Orleans. She has also called for a suspension in any rate changes for the utility.

“It is obvious that we have reached a critical juncture in our relationship with the City Council,” said Rod West, the group president for utility operations at Entergy Corp. “While we believe that the actions of Entergy New Orleans have always been in the best interest of our New Orleans customers, some members of the council have publicly expressed a different opinion." Without addressing specific Moreno proposals, West said the council could wind up "inflicting further financial decline" on the company and “adversely impacting” its ability “to provide quality service to its customers.”

Ida was a Category 4 hurricane when it struck Aug. 29, devastating much of southeast Louisiana. More than a million customers of electric utilities in Louisiana and Mississippi lost power. That included everyone in New Orleans.

Entergy New Orleans, in its Tuesday statement, noted that despite the devastation, most in the city had power restored within a week. But critics question whether the utility has taken sufficient steps to strengthen its system in preparation for major hurricanes.

They point to the failure of all eight of the transmission lines that link the city to outside power and the collapse of a high voltage tower beside the Mississippi River. Earlier this month, Entergy spokesman Jerry Nappi said in an email that the company seeks to upgrade “priority structures” under yearly plans and bring up damaged towers to “more resilient standards” when repairing or replacing them.

One of the options put forth by Entergy New Orleans on Tuesday is a merger with Entergy Louisiana, which would transfer regulatory authority over the utility to the Louisiana Public Service Commission. Although that would mean a loss of local authority, the release said it would mean lower rates for New Orleans customers while creating a stronger company and spreading the risk of storm costs among more customers.

Spinning off a stand-alone company would allow the city to retain regulatory control, but such a company would likely face financing challenges for improvements and storm damage restoration, the statement said. “Even as part of Entergy Corporation, Entergy New Orleans has been downgraded twice in the last twelve months by rating agencies due to its storm risk and weakening financial performance."

Arranging for a city takeover of Entergy New Orleans assets would allow the city to maintain control, eliminate the need for a profit and could open up new disaster relief fund sources, the statement said. “However, it could result in higher financing costs and additional operational expenses.”

As for the option of finding a buyer for the utility: “If a willing buyer with sufficient financial strength is identified, such a transaction could lead to benefits or drawbacks depending on the specific circumstances," Entergy's statement said.

This story was first published on Sept. 21, 2021. It was updated on Sept. 22, 2021 to correct the title of utility company executive Rod West. He is the group president for utility operations at Entergy Corp, not the CEO of Entergy New Orleans.