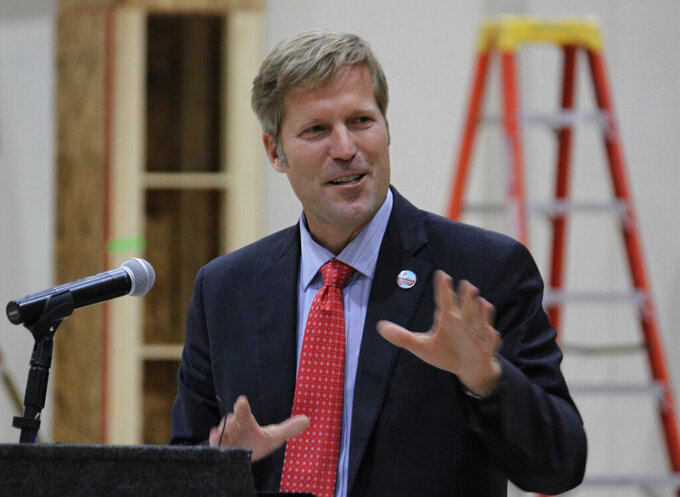 The Nov. 2 election is a preamble to statewide and congressional contests in 2022, where Democrats hope to extend their hold on all statewide offices including governor and super-majorities in the state House and Senate, and reclaim a congressional swing seat. Voting begins Tuesday by mail and at county clerks’ offices, with early voting at additional locations to start on Oct. 16.

In Santa Fe, publishing entrepreneur and Mayor Alan Webber is using the campaign trail to promote a guaranteed minimum income program for parents attending community college. He vows to eliminate local childhood hunger and attend to climate change as an existential threat.

Challenger and fellow-Democrat JoAnne Vigil Coppler — a city councilor and Latina native daughter of Santa Fe with a long resume in public administration — says Webber has overreached at the expense of fundamental city services and recreation facilities, such as a popular public swimming pool that broke down during the pandemic.

In Albuquerque, first-term Mayor Tim Keller is facing opposition from the more conservative ranks of his own party over concerns about his ability to contain crime in the city. His challengers include two-term Democratic county Sheriff Manny Gonzales, who backed a move by then-President Donald Trump to send in new federal law enforcement agents to Albuquerque.

“There’s a lot of potential for wedges, and there is a huge gap right now between the progressive wing of the party and the more conservative wing of the party,” Atkeson said. “You see that in both mayoral races, where someone is saying, ‘You know, we need to focus on services as opposed to all of this gigantic stuff that is not related to our local government.’”

The ballots are nonpartisan, allowing multiple candidates from the same party.

In Santa Fe, Republican environmental engineer Alexis Martinez Johnson is running for mayor as a political outsider, after losing a bid for Congress last year. Registered Democratic voters outnumber Republicans more than 4-to-1 in the Santa Fe area.

The monument, which had an inscription that referred to Indigenous peoples as “savages,” was a point of civic pride among local fraternal orders and reviled by many Native Americans for glorifying military campaigns against their ancestors.

Webber has helped funnel federal pandemic aid toward grants for private businesses. He also has painted his election opponents as untrustworthy for resisting a pandemic ordinance in 2020 that required face masks to reinforce state policy.

Vigil Coppler says she supports masks but found the city ordinance clumsy and ineffective. Johnson defied the ordinance last year and was fined.

Keller in Albuquerque hopes to extend a political winning streak that vaulted him from the Legislature to statewide office as New Mexico’s public auditor before winning the mayor job in 2017.

Concerns about crime in the city came to a head this summer when Albuquerque marked a grim milestone — a record number of homicides with more likely to be added to the tally before the year’s end.

Keller has tried to defend his record, saying his administration is coming up with plans and programs that focus on root causes, such as addiction and poverty.

In a nod to his progressive leanings, Keller also believes the Albuquerque Police Department is adequately funded and that more money needs to be funneled toward prevention programs and behavioral health services. More than 45% of Albuquerque’s general fund budget already is dedicated to public safety.

Homelessness and affordable housing also have been issues in New Mexico’s largest city, where the mayor conceded during a recent debate that the number of people living on the street has more than doubled during his first term in office. He blames the pandemic.