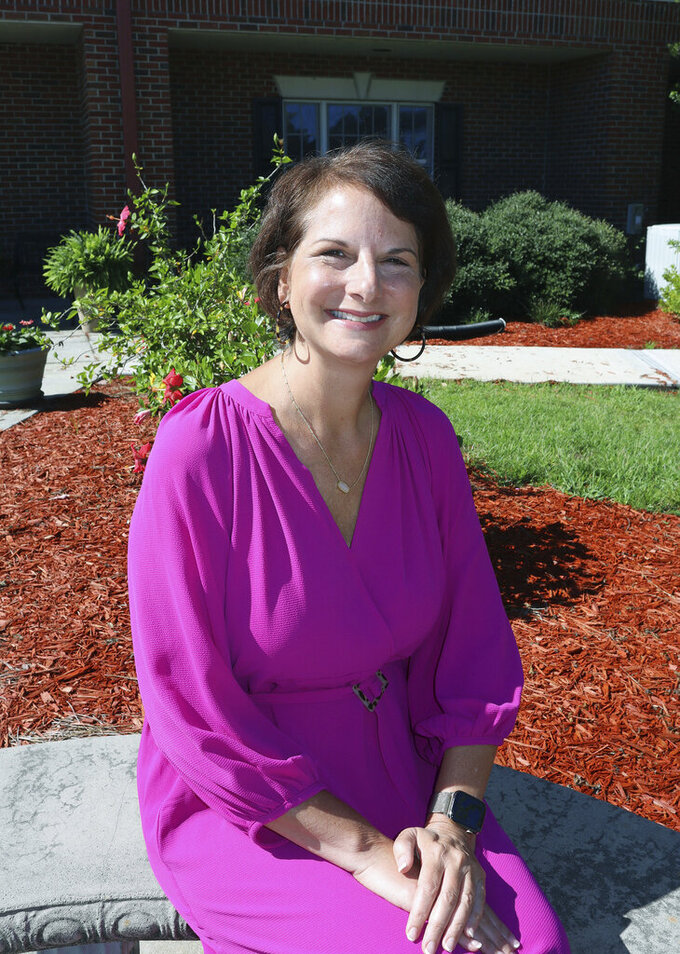 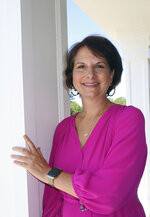 FLORENCE, S.C. (AP) — Devastating, shocking, scary, unexpected and life-changing are words used to describe a cancer diagnosis. When April Munn received her diagnosis in March 2020, she said it “stopped me in my tracks.”

Even though Munn had discovered the lump in her right breast herself, she wasn’t prepared for the news.

She said it hadn’t shown up in her previous mammogram.

“I was extremely surprised,” Munn said. “I have no family history of breast cancer. Cancer was not on my radar.”

Munn said she couldn’t believe it.

“It took me a long time to process,” she said.

“I had a lumpectomy,” Munn said.

A lumpectomy is a surgical removal of a portion or “lump” of breast tissue in the treatment of a malignant tumor or breast cancer.

“My cancer reacted to chemo very well,” Munn said. “I did chemo first and it shrunk it. Then I had 40 rounds of radiation.”

If a silver lining can be found in the worst of times, Munn said COIVD-19 was a blessing.

Munn said COVID-19 had just raised its ugly head when she found out she had cancer.

“I was working from home, and I was surrounded by my family,” she said.

Munn said her hair fell out during the treatment process, and she was thankful to be at home.

“My son said I should get in front of it, so I shaved my head when my hair started to fall out in clumps,” Munn said.

He said she should move forward and fight this cancer.

“I was treated great at McLeod,” Munn said. “I am very healthy and strong now and feel good.”

Munn said her hair is back and at first it came back gray. Now it is dark and curly.

“It is different,” she said. “It is not my hair. As a woman, we identify with our hair.”

Munn said she was fortunate not to be sick from the treatments.

“I had great pre-meds, and I never got sick,” she said.

Munn said one of her apprehensions going into treatments was that she would throw up a lot.

Munn said there were highs and lows of energy.

She is a stronger person now, Munn said.

“I feel like I’ve been given a new lease on life,” she said. “I am not as pent-up; things don’t bother me as much as they once did. I am happy to be alive.”

Munn said she wouldn’t have made it without her children. She is a single mom.

“My children were surprisingly stronger than I was,” she said. “They were my rocks. They stayed strong for me. Having family support you is huge.”

She said, “My community of friends supported me, too. Their love surrounded me. My faith is huge.”

Munn said they held on to the fact that she was told it was treatable. She said of course you always wonder what caused it, but you can’t dwell on that.

Munn is the admissions director and international coordinator for Trinity Collegiate School. She has worked at the school for 10 years.

She is a graduate of Hardin-Simmons University in Abilene, Texas.

Munn said she came to Florence and raised her children here.

Munn said she has been here long enough to call it home.

Munn said she doesn’t really have any hobbies, but maybe now is a good time to find one.

“One of my passions is decorating and organizing,” she said. “I like to organize a closet.”

She sits on a board at McLeod dedicated to raising money for a mammogram van that anyone can drive, one that doesn’t require a CDL to drive. The drive ends in October.

“I am a big fan of early detection and yearly mammograms,” Munn said. “One in eight women gets breast cancer.”

She said just look around you at a table filled with women and remember that. It could be you, a member of your family or a friend who will be diagnosed next with breast cancer.

“You just have to have mammograms,” she said. “Cancer is a scary thing.”