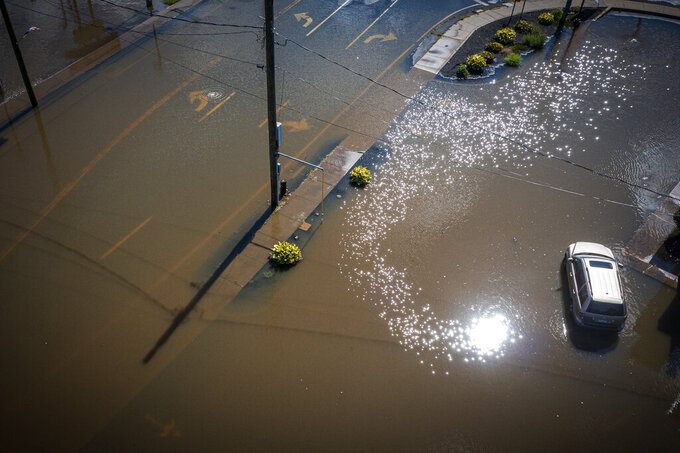 HARTFORD, Conn. (AP) — Gov. Ned Lamont has submitted a request for a major disaster declaration to the Biden administration, seeking federal funds to help Connecticut recover from damage caused by the remnants of Hurricane Ida.

The Sept. 1 storm dumped as much as 8 inches of rain on parts of the state, resulting heavy flooding and an estimated $7.2 million in damage to homes, businesses and infrastructure, Lamont said.

It also resulted in the death of State Police Sgt. Brian Mohl, whose vehicle was swept away in floodwaters.

“The effects from the remnants of Hurricane Ida were of such severity that effective recovery is beyond the capabilities of state and local governments, and as a result, supplemental federal assistance is necessary,” Lamont wrote Friday in a letter to the president.

Lamont's request would allow homeowners in Fairfield and New London counties, as well residents of the Mashantucket Pequot Tribal Nation and the Mohegan Tribal Nation, to receive federal reimbursements for the costs of uninsured damage to their housing and personal property.

According to Lamont’s request, just 8% of damaged homes in New London County and 23% in Fairfield County had flood insurance.

The proposed declaration also would allow municipalities in Fairfield and Middlesex counties to receive up to 75% federal reimbursement of the costs of uninsured damage to roads and other infrastructure, as well as costs for emergency response.

The governor's office said public assistance damage assessments in Litchfield, New Haven and New London counties have not been completed and his request could be updated.