The Latest: Riot police out in force for Hong Kong march 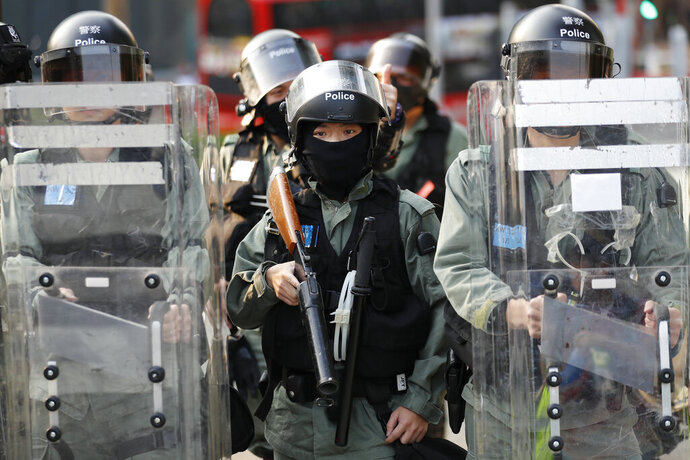