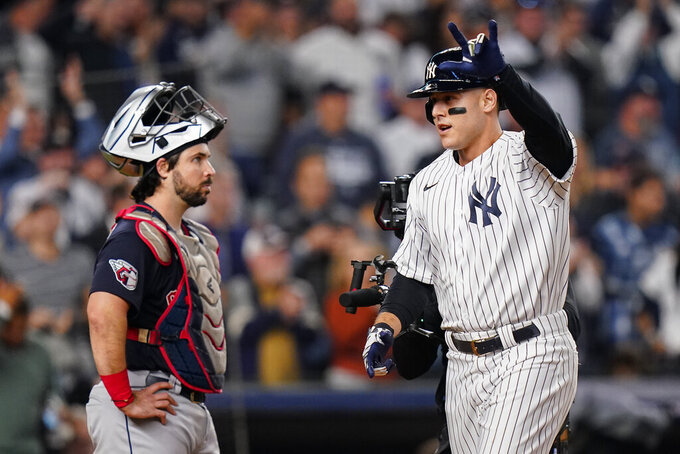 They were among 11 players who became free agents Tuesday, raising the total to 151. About 32 more players are potentially eligible to go free by Thursday, joining a free agent class headed by Aaron Judge, Trea Turner, Dansby Swanson, deGrom, Carlos Correa and Xander Bogaerts.

Acquired from the Chicago Cubs at the 2021 trade deadline, Rizzo went free after the 2021 season and stayed with the Yankees for a deal that paid $16 million this year.

He hit 32 home runs for the fourth time in his career — he's never hit more — and had 75 RBIs in 130 games despite a .224 batting average. The 33-year-old was sidelined between Aug. 31 and Sept. 18 by back pain and headaches from an epidural injection to treat his back.

San Diego declined a $20 million option on 31-year-old outfielder and first baseman Wil Myers, who gets a $1 million buyout that completes an $83 million, six-year contract. He hit .261 with seven homers and 41 RBIs.

Colorado turned down an $8 million team option on reliever Scott Oberg, who has not pitched since 2019 due to blood clots in his arms. Oberg completed a $13 million, three-year contract.

Left-hander Andrew Chafin turned down a $6.5 million option with Detroit, making his deal worth $6.5 million for one season. He went 2-3 with a 2.83 ERA in 64 relief appearances.

Minnesota declined options on right-handers Chris Archer ($10 million) and Dylan Bundy ($11 million) and first baseman Miguel Sanó ($14 million) in favor of buyouts of $750,000 for Archer, $1 million for Bundy and $2.75 million for Sanó, who finished a $30 million, three-year contract.

Infielder Josh Harrison's $5,625,000 option was declined by the Chicago White Sox in favor of a $1.5 million buyout.