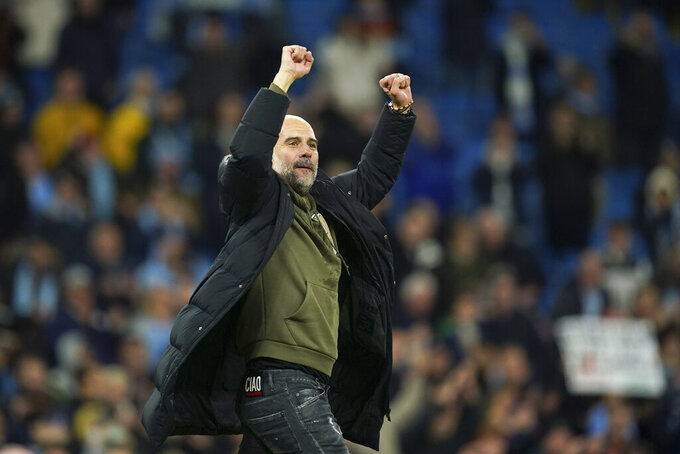 MANCHESTER, England (AP) — Manchester City reported record revenues and profits for the club in its latest financial statement released on Monday, saying “beautiful football” was the main reason for its success.

“Our strong revenue performance was due to multiple factors, but ultimately driven by the ‘beautiful football’ we play and the continuous fan growth that it generates; more fans, more audiences, more people in the stadium, and more partners that want to be commercially associated with Manchester City,” Soriano said.

Since being bought by the Abu Dhabi royal family in 2008, City has become one of the most financially powerful clubs in world soccer, winning 14 major trophies and signing some of the biggest names in the sport.

The latest figures show its growth as a commercial business as well.

“In 2008, we gave ourselves the target of exceeding the benchmarks that had been set by others within football; and in doing so, to also exceed the new standards that we believed leading clubs would achieve in the time it would take us to catch up,” chairman Khaldoon Al Mubarak said. “Our aim was clear — to one day be the club that set the benchmark for others.

“The statistics and results show that in many ways we are beginning to achieve our long-term ambition.”

City's financial power has led to rivals raising the issue of the difficulty of being able to compete in the transfer market, with Liverpool manager Jurgen Klopp most recently airing his views.

“Nobody can compete with City in that,” Klopp said last month. “You have the best team in the world and you put in the best striker (Erling Haaland) on the market. No matter what it costs, you just do it ... What does Liverpool do? We cannot act like them. It’s not possible.”