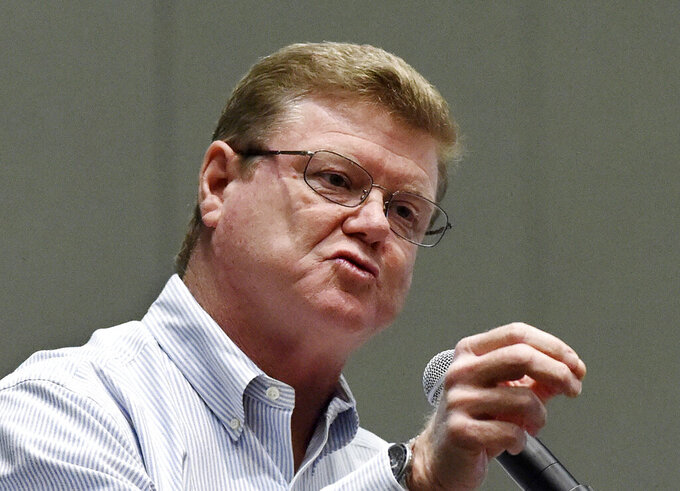 Andy Barron, ASSOCIATED PRESS
FILE - In this April 17, 2017, file photo, U.S. Rep. Mark Amodei answers a question during a town hall at the Reno Sparks Convention Center in Reno, Nev. Nevada's only Republican in Congress isn't going to run for governor in 2022. Congressman Mark Amodei announced Monday, Nov. 1, 2021, he will instead seek re-election to his House seat. (Andy Barron/The Reno Gazette-Journal via AP)

CARSON CITY, Nev. (AP) — Nevada’s only Republican in Congress isn’t going to run for governor in 2022.

Rep. Mark Amodei announced Monday he will instead seek re-election to his House seat.

Amodei, 63, has served in Congress since 2011 and previously represented Carson City in the Nevada state Legislature.

He has called it important to be the lone Republican in the state’s congressional delegation.