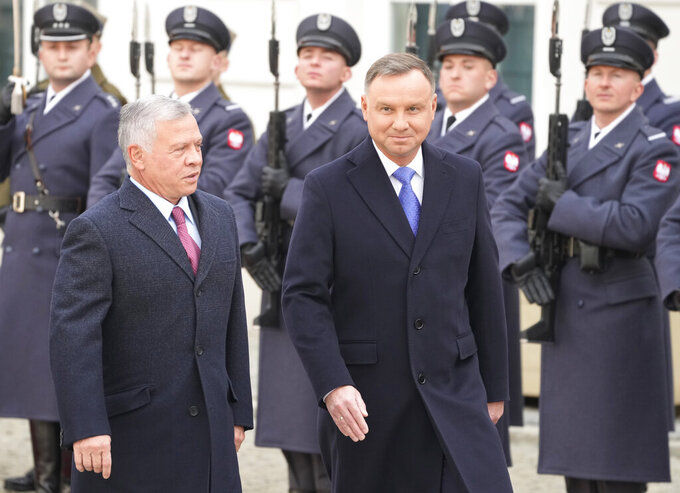 The two leaders met at the Presidential Palace in Warsaw.

“Jordan is a valued and reliable partner for Poland in the Middle East region, as reflected by the highest-level contacts,” Duda’s office said on Twitter.

The president’s office said joint projects by Polish and Jordanian special forces were part of the defense discussion and that "Jordan is also a recipient of products of Poland's defense industry.”

An agreement on cooperation in culture, science and education was signed during the king's visit.