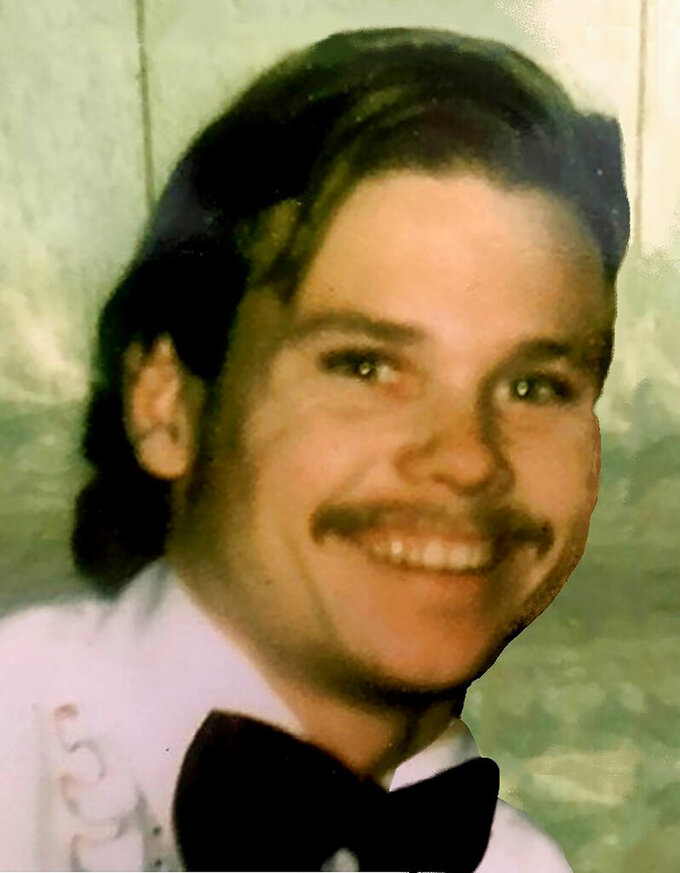 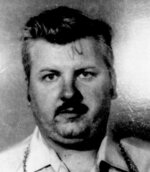 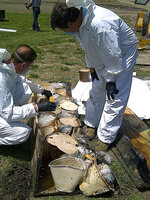 CHICAGO (AP) — In the fall of 1976, Carolyn Sanders received an exciting postcard from her brother.

“I'll see you soon cause I love you,” Francis Wayne Alexander — known to his family as Wayne — wrote to his younger sister. She hadn't spoken with him since his 1975 wedding and hoped the brief note meant he was coming to visit the family on Long Island, New York, for Christmas.

It was the final communication Sanders can remember receiving from her brother, who on Monday was confirmed to be among the victims of John Wayne Gacy, who was convicted of killing 33 young men and boys in the Chicago area in the 1970s and was executed in 1994.

Alexander’s family spent the next 40-plus years hoping he had a reason for staying away, trying not to linger on the possibilities.

Decades without a word didn’t stop the family from wistfully mentioning Alexander, hoping he would call or even show up for a holiday. Sanders typed his name into Facebook from time to time and their brother Richard Clyde checked some genealogical sites.

“I always hoped that he was still out there, and for some reason couldn't call,” Sanders told reporters on Tuesday. “Not even ... wanting to think of what that reason could be.”

It's not clear exactly when Alexander was killed. Investigators said the last known record they found is a parking ticket from January 1976 and that financial records showed he made very little money that year, suggesting he was killed sometime from early 1976 to mid-March of 1977.

Sanders said their mother, who is 87, spoke to Alexander every month and last remembered speaking to him in November 1976, when Alexander asked her to mail his birth certificate to California because he hoped to get a security job.

When Alexander didn't call the following month, Sanders said their mother contacted a California police department to search for him.

Police couldn't locate him at the address the family provided, and their mother wrongly believed the inquiry would prompt a missing persons investigation, said Sanders, who was 14 years old at the time.

This summer, a detective from the Cook County Sheriff's Office contacted the family in search of DNA to test against human remains from a cold case.

Lt. Jason Moran didn't mention Gacy's name at first. Learning the time and location where the remains were discovered still made Sanders fear the worst.

The wait for DNA confirmation that her brother was among Gacy's victims was “excruciating,” Sanders said.

“I remember him as a jokester and yet sensitive,” she said. “We were seven years apart and he would have tea parties with me. He loved me. He loved us all.”

Investigators don't know how Gacy came to know and target Alexander, who was born in North Carolina and lived in New York before moving to Chicago in the mid-1970s. They said he lived in an area Gacy that frequented and where some of his other victims had lived.

Alexander’s remains were among 26 sets that police found in the crawl space under Gacy’s home just outside Chicago in 1978. Eight victims, including Alexander, were buried before police could determine who they were.

Sheriff Tom Dart’s office exhumed the remains in 2011 and called on anyone who had a male relative disappear in the Chicago area in the 1970s to submit DNA. Moran said the sheriff's office also partnered with the DNA Doe Project, a nonprofit that compares DNA from unidentified crime victims to genealogical databases.

They found potential relatives for the individual known as Victim #5 — distant cousins of Alexander — and the sheriff's office then asked Alexander's mother for immediate family members' DNA samples.

Clyde, who provided one of the samples that confirmed his brother's identity, said the advancement of DNA testing and genealogical data “brought Wayne to us.”

Sanders said her family is still in shock but that everyone will rely on each other and their faith as they mourn her brother.

“He suffered, I'm sure,” she said. “But he's not suffering anymore.”