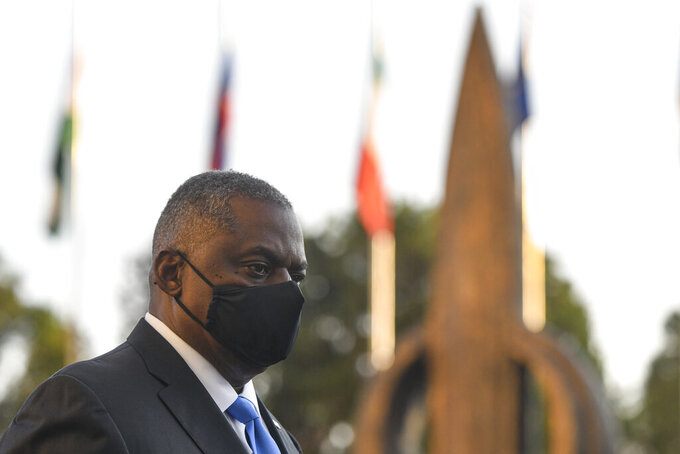 “The security and stability of the Black Sea are in the U.S.’s national interest and are critical to the security of NATO’s eastern flank,” he said . “The region, it goes without saying, is vulnerable to Russian aggression.”

Austin added: “We’ve seen evidence of that by ongoing actions in eastern Ukraine, the occupation of parts of Georgia and the militarization of the Black Sea and provocative actions in the air and at sea.”

The Pentagon said Austin’s tour — which has included visits to former Soviet republics Ukraine and Georgia — is a way to “reassure allies and partners of America’s commitment to their sovereignty in the face of Russian aggression.”

In the coming days Austin will join a meeting of NATO defense ministers in Brussels.