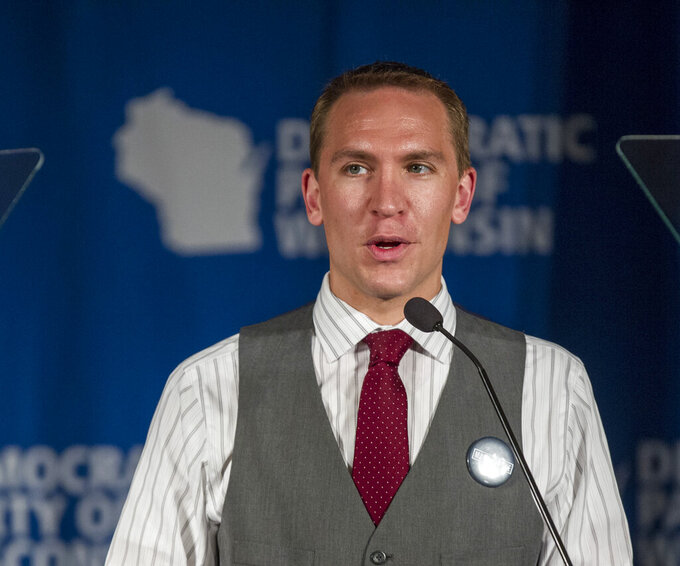 Larson, in a video announcing his candidacy, voiced his support for liberal Democratic policy proposals including Medicare for All, the Green New Deal, and increasing taxes on the wealthy and large corporations.

“As your neighbor, I’m asking you to join me in standing up to the bullies in Washington and Wall Street, so we can write the next chapter of our American history together,” Larson said.

Johnson has not said yet whether he will seek a third term in 2022. His spokeswoman did not immediately return a message seeking comment on Larson's candidacy.

Wisconsin Republican Party spokeswoman Anna Kelly said Larson had accomplished “next to nothing” as a state senator.

“He fits right in with the rest of the Democrat field," she said in a statement.

Larson was first elected to the state Senate in 2010 after spending three years on the Milwaukee County board. He was one of 14 Democratic state senators who fled the state in 2011 in an ultimately failed attempt to stop then-Gov. Scott Walker’s law essentially ending collective bargaining rights for most public workers known as Act 10.

Larson served as minority leader of Senate Democrats for the 2013 legislative session. He lost bids for Milwaukee County executive in 2016 and 2020.

Other Democrats already in the Senate race are Outagamie County Executive Tom Nelson; Alex Lasry, who is on leave from his job as an executive with the Milwaukee Bucks; state Treasurer Sarah Godlewski; and Wausau radiologist Gillian Battino.

Milwaukee political activist Steven Olikara has also formed an exploratory committee to examine a run as a Democrat. Olikara is the founder and former chief executive of Millennial Action Project, a nonprofit devoted to helping young leaders bridge the partisan divide between Republicans and Democrats.