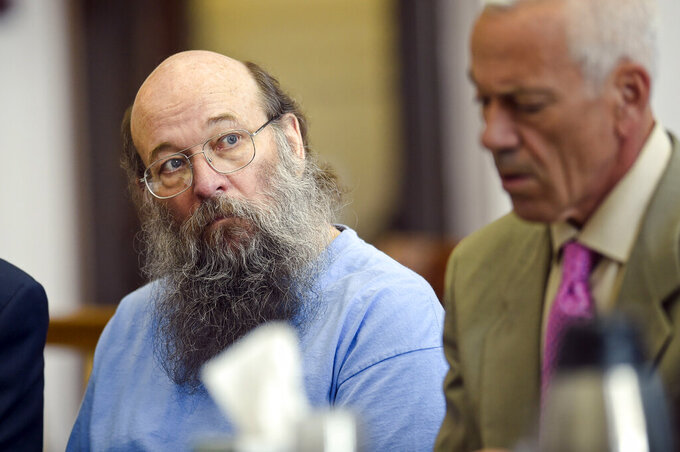 BUTTE, Mont. (AP) — A California man who, along with his son, went on a “suicide mission” involving law enforcement officers, has been convicted for his role in the death of a Montana sheriff’s deputy and for shots fired at two other officers during a pursuit.

Jurors deliberated for two hours before returning the verdict against Lloyd Barrus on Tuesday evening, The Montana Standard reported.

Marshall Barrus, 38, was fatally injured in a shootout with officers after the pursuit that ended east of Missoula.

During the three-week trial in Butte, prosecutors said Lloyd and Marshall Barrus had talked about going on a “suicide mission” before passing Moore’s vehicle traveling 100 mph (161 mph) south of Townsend early on May 16, 2017, with the intention of drawing a pursuit.

Prosecutors argued Lloyd Barrus was driving and Marshall Barrus fired a shot that struck Moore, 42, in the face. His car stopped and his in-car camera captured sounds of him struggling to breathe when a vehicle drove up and the occupants fired more shots, prosecutors said.

Lloyd Barrus’ attorneys argued he had no control of, and thus no responsibility for, his son’s actions.

However, jurors heard a recording of a phone call Barrus made to his mother from jail two days after the shooting in which he said: “This is what Marshall and I have lived for. I was born to do this, mother.”

The trial was delayed as prosecutors initially sought the death penalty against Lloyd Barrus before he was found unfit to stand trial. District Judge Kathy Seeley ordered that Barrus begin given antipsychotic medications via injection because he refused to take medication to treat his delusional disorder. The Montana Supreme Court upheld the forced medication order in January 2020.

Barrus, whose last known address before his arrest was Bakersfield, California, was involved in a shootout with law enforcement officers in Nevada and California in March 2000.

Barrus, his son Jeffrey Barrus and a woman were arrested in California after fleeing from a Nevada Highway Patrol trooper and shooting at officers during a 70-mile (113 kilometer) chase. Their vehicle broke down in the Furnace Creek area and they hid in a gully, starting an 18-hour standoff in Death Valley.

They reportedly shot and damaged a California Highway Patrol helicopter to the point it was forced to land. No one was injured.

Deputy Missoula County Attorney Brian Lowney said Barrus mentioned the California standoff while he was being questioned after his arrest, the Missoulian reported at the time.

“He portrayed that in such a way as if he was bragging about it,” Lowney said.