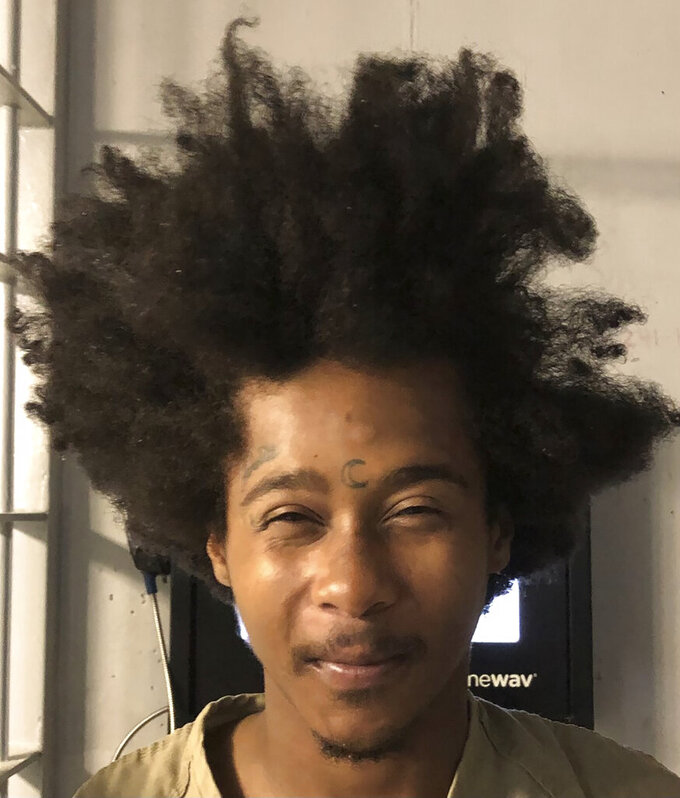 Uncredited, ASSOCIATED PRESS
FILE - This undated photo provided by St. Louis County Justice Services shows Perez Deshay Reed. Reed, suspected serial killer has been charged with killing two people in Kansas. Wyandotte County authorities announced Thursday, Nov. 18, 2021, that Perez Reed was charged with killing two people at an apartment complex in Kansas City, Kansas. He has already been charged with four killings in the St. Louis area and the FBI has labeled him a suspected serial killer. Reed was charged Thursday with two counts of first-degree murder in the deaths of Damon Washington Irvin and Rau'daja De'Naya Farrow. Their bodies were found during the same week in early November in separate apartments. (St. Louis County Justice Services via AP File)

KANSAS CITY, Kan. (AP) — A man already charged with four deaths in the St. Louis area was charged Thursday with two killings at an apartment complex in Kansas City, Kansas.

Perez Reed, 26, was charged with two counts of first-degree murder in the deaths of Damon Washington Irvin and Rau’daja De’Naya Farrow, whose bodies were found in separate apartments at that Wyandotte Towers Apartments in downtown Kansas City, Kansas.

Irvin was killed between Oct. 28-29 and Farrow was killed on Oct. 29, the Wyandotte County District Attorney's office said in a news release. His bond was set at $1 million.

The St. Louis Circuit Attorney's office charged Reed on Nov. 9 in the shooting deaths of two people in the city in September. That came two days after he was charged in two other fatal shootings in September in St. Louis County. He was being held in St. Louis on $2 million bond.

A phone call to the office of a public defender assigned to Reed's case in St. Louis rang unanswered Thursday. It was not immediately clear if Reed had an attorney in the Kansas cases.

Authorities found Irvin's body on Nov. 1 and Farrow's body the next day.

Officers who were tailing Reed arrested him on Nov. 5 as he got off an Amtrak train and boarded a bus in the Kansas City suburb of Independence.

He was allegedly carrying a .40-caliber handgun that investigators believe he used in the St. Louis-area shootings, according to the FBI affidavit.

Reed, of Bellefontaine Neighbors, Missouri, denied to police that that he hurt anyone, the affidavit says.

Reed is charged in the St. Louis County killings of 16-year-old Marnay Haynes on Sept. 13 and 40-year-old Lester Robinson on Sept. 26. In the city of St. Louis, he is suspected in the killings of 49-year-old Pamela Abercrombie on Sept. 16 and 24-year-old Carey Ross on Sept. 19. All four victims were shot in the head.

St. Louis County Lt. Craig Longworth has said there was no known connection between the victims.